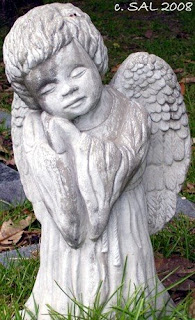 I made some contributions to FindAGrave from the Beech Springs Methodist Church Cemetery in Bullard, Twiggs County, Georgia. Items include transciptions and photos. Surnames include BULLARD, COOK, GOODWIN, GRESHAM, JOHNSTON, LOWE, MCCORMICK, and RAMEY.

According to New Georgia Encyclopedia, Bullard was first the site of a steamboat landing on the Ocmulgee River. It later became Bullard Depot on the Southern Railway. According to Towns & Communities of Twiggs County, Georgia, this town was named after the Daniel Bullard family.

Following is a video of Beech Springs Methodist Church Cemetery:

GAborn42 said…
My great,greatgrandfather, Lewis Bryant Rhodes, was raised by Dan Bullard. I've never been able to find the names of Lewis's parents. It was good to 'see' some family history, at least. E.N.McKie
October 7, 2008 at 2:26 AM