Allured to Brighter Worlds and Led the Way 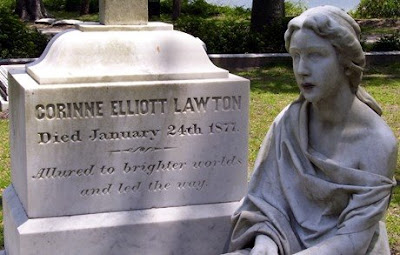 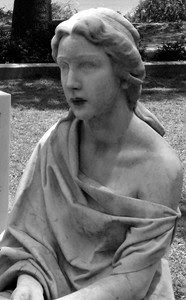 Corinne, daughter of Gen. Alexander Robert Lawton and Sarah Hillhouse Alexander, was originally buried in Savannah's Laurel Grove Cemetery. Her remains were moved to Bonaventure in 1896.1 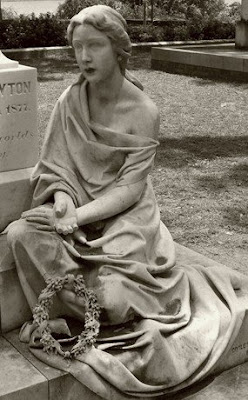 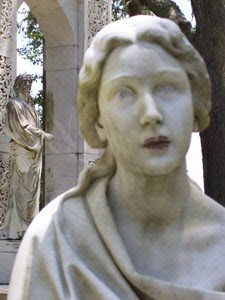 The statue of Jesus and archway behind Corinne is a memorial for her parents.

The final portion of Corinne's epitaph is from The Deserted Village, a poem by Oliver Goldsmith that dates back to 1770. Per Wikipedia, "It is a work of social commentary, and condemns rural depopulation and the pursuit of excessive wealth." The following quote from the poem shows how the eventual epitaph for Corinne was used (about line 167):


And, as a bird each fond endearment tries
To tempt its new-fledged offspring to the skies,
He tried each art, reproved each dull delay,
Allured to brighter worlds, and led the way.

These words seemed relevant, as well (about line 109):


Bends to the grave with unperceived decay,
While resignation gently slopes the way;
And, all his prospects brightening to the last,
His heaven commences ere the world be past.