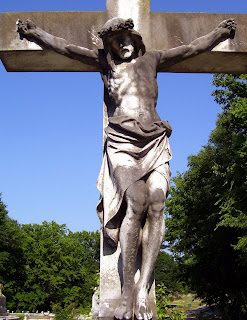 The memorial dedicated to Mrs. Frances Adelia Wicks is one of the most beautiful I have ever seen. I almost always stop by and visit it during my trips to Rose Hill Cemetery. Mrs. Wicks is described in an obituary as "profoundly religious." I'm sure she is very pleased with this magnificent sculpture...

8 August 1908
Macon Weekly Telegraph
Deaths and Funerals
WICKS
The news of the death of Mrs. Frances Adelia Wicks was received in Macon during the wee and caused profound regret amongst the many friends of the deceased here. The end came at the home of her daughter, Mrs. L. L. Dempsey at Ridgefield, Conn.

A native of Connecticut, Mrs. Wicks made her home in Macon many years ago and while here endeared herself to all who had the pleasure of knowing her. 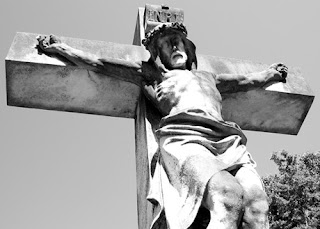 To a refined and gentle nature she added a keen intellect, a well stored mind and a gentle and affectionate heart. Though of a retiring disposition her life was an active one. Profoundly religious, she devoted her time and talent to the alleviation of every kind of distress. The poor, the afflicted, the weak and the way-ward found in her a sympathetic friend. She was one of those who
"Do good by stealth and blush to find it fame."

A devoted wife, an affectionate but prudent mother, she was an ornament to her home, and it was not surprising that she retained undiminished to the end of affection, the respect and the obedience of her children.

Though for many years a prey to disease she bore her infirmities with heroic fortitude and Christian resignation, and when it became evident that her malady would not yield to the greatest medical skill and the most intelligent nursing she calmly and patiently awaited the end. 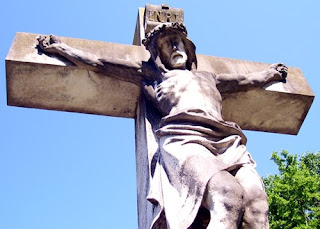 Her loss will be keenly felt not only by her immediate family but also by a host of friends as well as the poor who looked upon her as their earthly Providence.

The funeral, which took place on Friday from St. Mary's Church, was largely attended, testifying the high esteem in which she was held. Rev. Father Winkleried, former pastor of St. Joseph's Church here, officiated.

Mrs. Wicks leaves three daughters to deplore her loss: Mrs. Marian David, Mrs. Lillian Loomis Dempsey and Miss Theresa Wicks. These ladies have the warmest sympathy of their many friend in Macon in their sad bereavement.