Though Death Intrudes Between (Tombstone Tuesday) 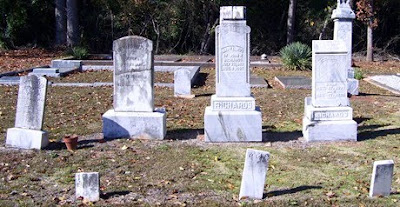 The stone for Mary L. Richards is the tallest and most detailed of the four. At the top is an open book. Some say this represents the human heart, opening its feelings to the world and God. I've always felt it to represent the Book of Life, the place where Christians believe their name is written when they receive Jesus as their Savior.

A nice sentiment is written to Mary on her stone as well. Here is the full inscription: