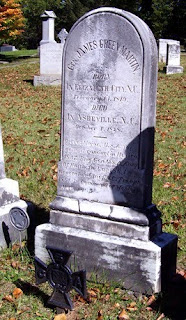 General Martin was laid to rest in Riverside Cemetery; Asheville, Buncombe County, North Carolina. He was a son of Dr. William Martin and Sophia Dange. General Martin was known as "Old One Wing" because he lost an arm in the Mexican War.