The above signature is carved into a marble ledger marker located at Waverly Hall Cemetery in Harris County, Georgia. A little research led me to Mr. Michael Gannon. Census records suggest he was born between 1812 and 1820 in Ireland. He was naturalized in Charleston, South Carolina in the year 1847.

By 1870, the craft was being passed on to his son, as both the elder and younger Michael were listed as Stone Masons. A second son, William, joined in as a stone cutter by 1880.

Michael worked at the marble yard located at 170 King Street in Charleston, per the Shole's Directory of the City of Charleston of 1878 and 1879 and the South Carolina State Business Directory of 1880 and 1881.

M. Gannon died 2 December 1881 at his home in Charleston.  Per his death certificate, Michael's age was 65 and his occupation was Stone cutter.  Burial was at St. Lawrence Cemetery. 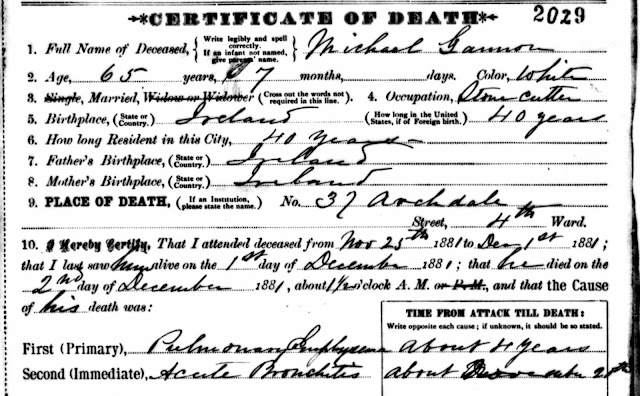 Another researcher notes Michael Gannon's technique resulted in "distinctive lettering." An example below is from the aforementioned Waverly Hall Cemetery in Harris County, Georgia. 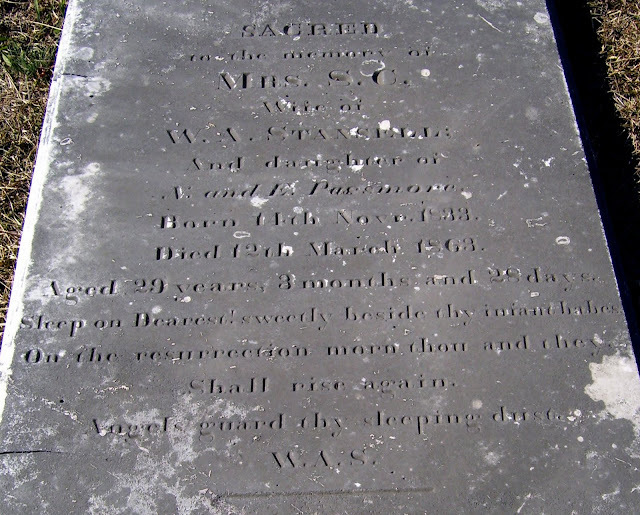 Note:  When we took a road trip to Charleston last year, we stayed at the historic Francis Marion hotel located on King Street. Just think -- we were right by where the marble yard was, and where Mr. Gannon worked more than 120 years ago! Very cool.