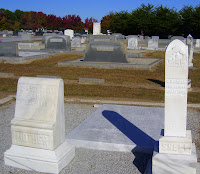 Charity (1850-1923) and Edwin R. Snell (1844-1888) rest in Snellville Historical Cemetery at Gwinnett County, Georgia. Behind their tombstones is a nice ledger marker with some family genealogy inscribed thereon: 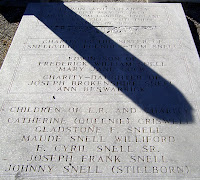 After the death of Edwin, Charity married Samuel D. Holmes (d. 1908). He was buried on the other side of Charity in the same plot at Snellville Historical Cemetery. Following is an obituary for Charity from the 16 October 1923 edition, The Atlanta Constitution (Georgia):