The William A. Rawson mausoleum in Oakland Cemetery at Atlanta, Georgia was built in the exotic revival architectural style. Not only does it house the remains of Mr. Rawson, but also that of his son-in-law Charles Collier. Charles was at one time the mayor of Atlanta. Also resting in the mausoleum is William Rawson's granddaughter and her husband, Julia Collier and Julian Harris. Julian was the son of author Joel Chandler Harris.

To put it mildly, William Rawson was a wealthy man. His total estate value (real and personal) in 1870, per the Stewart County, Georgia census for that year, was $105,000. Upon his death in 1879, the estimated value of the estate left behind was about $250,000. Mr. Rawson, born in Vermont, was the senior partner of Atlanta booksellers Rawson & Hancock.


WM. A. RAWSON
His Death in Iowa Yesterday.
Mr. William A. Rawson, senior member of the firm of Rawson & Hancock, of this city, died at Des Moines, Iowa, Thursday evening last, of Bright's disease of the kidneys. Mr. Rawson's health commenced declining several months since, and thinking that a change of climate would be beneficial to him he left Atlanta a few weeks ago and went to Des Moines where he has two brothers residing, one of them a physician. The change did not accomplish the desired effect and Mr. Rawson's health continued to decline until Thursday evening when he died at the residence of his brother Mr. A. Y. Rawson. Dr. Rawson, another brother of the deceased, attended him during his illness.

The remains left Des Moines yesterday, and will reach here Sunday. A tomb is now being prepared for the reception of the body. Mr. Rawson was about 67 years of age when he died, and leaves a wife and daughter, Mrs. C. A. Collier.

Mr. Rawson was a representative man of Atlanta, and died leaving a large quantity of property to his wife and daughter. He built the large building on Alabama street occupied as a box factory, and owned other valuable buildings in this city. He was one of the most liberal contributors to the building fund of Trinity church, and was a leader in several other enterprises. 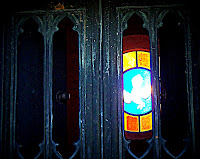 
OBITUARY.
WILLIAM A. RAWSON.
The death of William A. Rawson, of Atlanta, Ga., is announced. Mr. Rawson was the senior partner in the well-known firm of Rawson & Hancock, paper dealers, booksellers, and manufacturing and jobbing stationers, and his associates in business deplore the loss of one who was an excellent partner, a warm friend, and an enterprising member of the trade... 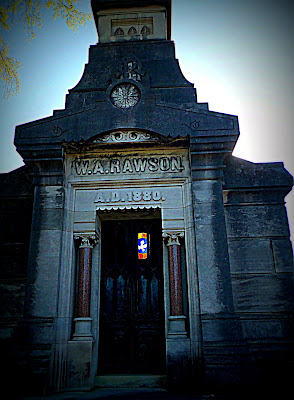