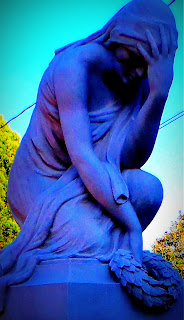 Niobe, a character from Greek Mythology, is the personification of grief. She was the mother of many children and boasted of this to the goddess Leto, the mother of only two -- Apollo and Artemis. In retaliation, Leto had Niobe's children killed. Devastated for all eternity, Niobe fled and wept unceasingly.

Works of art featuring Niobe are at home in a cemetery. The photos here were taken at Oakland Cemetery in Atlanta, Georgia. 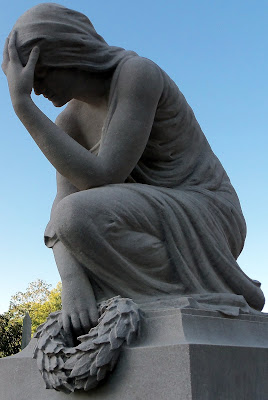 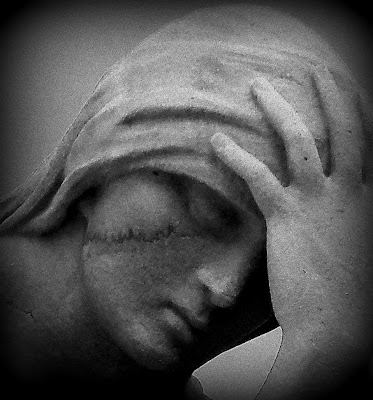 nsanpsy.com said…
I am teaching a seminar on Shame and I'm wondering if our school could use one of your Niobe photos for the cover of our web brochure?