By S. Lincecum 18 May
"DEATHS.
WILLIAM C. RAWSON.
ATLANTA, Jan. 6 -- Councilman William C. Rawson died at his home, 126 Washington street, this morning about 8 o'clock. His death was the result of an attack of pneumonia. He had been ill only ten days. For the last two or three days his condition has been such as to give little hope of his recovery. The deceased was one of Atlanta's most popular and prominent young business men. He was the president of the Gate City Coffin Company and president of the Atlanta Gun Club. Had he lived through his illness he would have retired from council tonight on account of the expiration of his term...

The funeral will likely take place tomorrow and will be largely attended. The members of the new and retiring councils will attend in a body." [Macon Telegraph (Georgia), 7 January 1902] 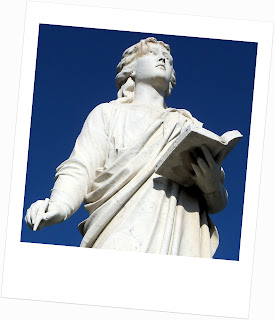 
DEATH COMES TO W. C. RAWSON
...Mr. Rawson is survived by his wife and four children -- two boys and two girls. The children are: Elizabeth, Sarah, William and Charles.

He was born in this city August 21, 1861, and was a son of Mr. and Mrs. Edward E. Rawson. Both parents died in 1893. His father was one of the city's pioneer citizens. The older Mr. Rawson was a man of considerable means and was public-spirited to a marked degree. He was president of the Gate City Coffin Company and at his death his son continued the business.

Stay tuned for a profile of an interesting symbol on William's tombstone. I may need some help in positively identifying it!