A Cherub Rises Above His Earthly Coffin 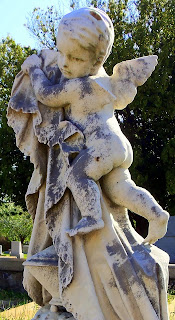 Little Hugh Inman, son of H. T. and J. V. D. Inman, was born 22 October 1879. He died just eleven days shy of his second birthday. His tombstone in Oakland Cemetery at Atlanta, Georgia is full of symbolism. Hugh is depicted as an infant angel hovering above a rock piling. He lifts a cloak to reveal a coffin underneath. The rocks represent a firm foundation for life, and the rising above a revealed coffin represents victory over death. As was with his sister, Hugh's likeness was sculpted into the cherub form. 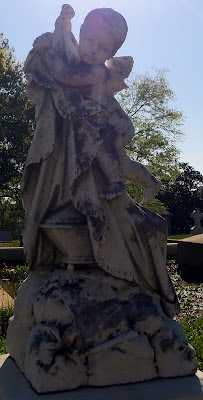 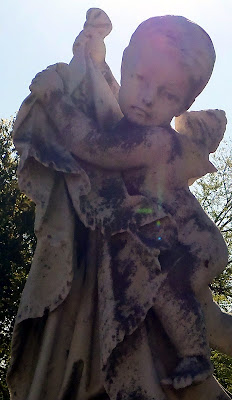 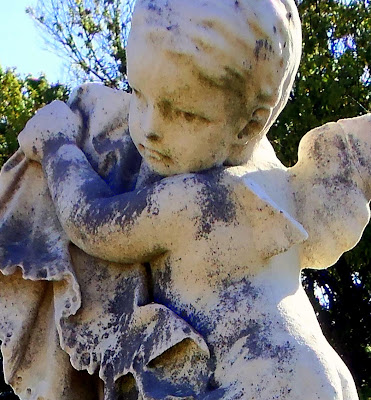