While working on the collateral Zumwalt line, I found information on the death of Lucinda Zumwalt Lackey. Lucinda Jane was the daughter of Tom and Elsie Billings Zumwalt, and my 4th cousin. She married Green Lackey, and they had eight children. When the federal census taker visited Lucinda and Green for the last time, he found the empty nesters in Kerr County, Texas. By the time of her death in 1926, Lucinda had resided there for 55 years. 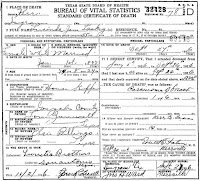 According to her death certificate, Lucinda died September 1926 after battling breast cancer for at least 18 months. She was laid to rest at Nichols Cemetery in Ingram, Kerr County, Texas. A few years later, Green joined her. 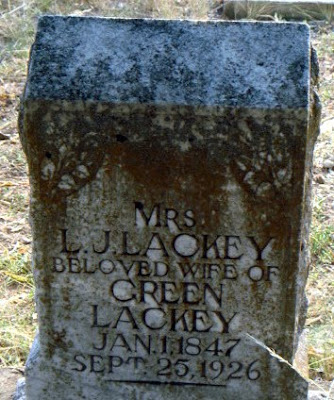