By S. Lincecum 11 October
(From January 2009) The great United States of America is a melting pot of people born in this country, as well as individuals from different countries and cultures. Many of those individuals speak different languages in addition to English. Those different languages can sometimes carry over into the cemeteries which hold their gravestones.

I am fluent in one language - English. I took Spanish in high school, so I can pick out words here and there. Also, I lived in Germany for a few years when I was a child, so I can pick out a few words of that language. That's it. So when I come across gravestones inscribed in a language other than English, I'm pretty much lost.

You might not think that would be a problem when visiting local cemeteries, but you'd be surprised. A huge cemetery in Macon, GA named Rose Hill has several hundred tombstones on which the Hebrew language is dominant. A cemetery in Charleston, South Carolina named Bethany is the final resting place of many German immigrants. Their native tongue is found on their tombstones. And even in little Bonaire, GA I came across the German language inscribed on a stone. That's just a few examples of some Southern Graves not in English.

So are we graveyard rabbits supposed to just say, "Oh, well. I don't know what that says," and move on to the next stone or cemetery? Absolutely not! First, we make sure we take great pictures and transcriptions. Then all we have to do is visit a website all of us have visited many, many times before -- Google. From their homepage, click on Language Tools. You will be taken to a page that lets you input the text and with the click of a button, it is translated for you. You can also go directly to translate.google.com.

Here are some examples of text from gravestones from Bethany Cemetery (mentioned above) I was able to translate from German to English. 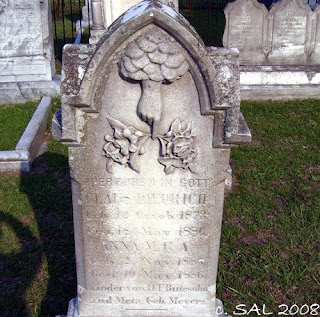 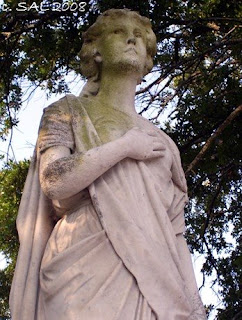 Below this angel atop the tombstone for Henry & Elizabeth Knee is the phrase "Zur Erinnerung An." This translates to "As a Reminder to."