By S. Lincecum 14 January
Resting at Alta Vista Cemetery in Gainesville, Hall County, Georgia, are two Revolutionary War soldiers, William Clark and Beal Baker. I was able to find an obituary for William Clark, though it's missing some letters / words due to a bend in the scanned image. All the bracketed information makes for choppy reading, but I thought I'd post it anyway in case someone's research might benefit from it.


OBITUARY.
[AN]OTHER REVOLUTIONARY SOLDIER HAS LEFT US.
WILLIAM CLARK departed this life, in Hall [cou]nty, on the 4th day of June, 1843. He was [bor]n in North Carolina, on the 7th of April, 1757, [and?] was consequently at the time of his death in [?]. Before he was grown his father [m]oved to the Nolychuchy River, now in East [Tenne]ssee, where he resided during the Revolutionary war. In that momentous struggle, Mr. [Clar]k served three campaigns under General [Price?] in South Carolina, and was engaged in [sev]eral excursions against the Cherokee Indians, [under?] Col. Sevier, of Tennessee. He was pre[sent?] a young man grown, at the treaty where [Daniel?] Boon purchased the territory of Kentucky. [In 1782?], he married the daughter of ex-Governor [Sev]ier and at the close of the war removed and [settl]ed on Tugalo river, at the place known as [?]'s Ford, of Jarrat's Bridge, on the South [Car]olina side, where he raised fifty-two crops.

In the 80th year of his age, on account of his [?]ing infirmities, he disposed of his possessions at that place, and divided his property a[?] his descendants, reserving something [?] a child's part, and removed to Hall county, [to be] near to his two youngest children, where he [died.]

[?] Clark lived to see the fourth generation, and [acc?]ording to the best estimate, there are not less [tha]n 150 of his descendants scattered over the [sta]tes of South Carolina, Georgia, Alabama, Mississippi, Arkansas, and Texas. But the patriarch [?]. He has passed that bourne from [?] no traveller returns. Who of his offspring [?], by imitating his sterling honesty and in[dependence?] -- his indomitable industry and ener[getic?] character, will secure like success in life, [?] respect when dead?

You can see the death date on the military headstone is inconsistent with the death date in the obituary. Also, a (second?) wife of William's is buried nearby: Ruth Goodwin, born 14 May 1767. 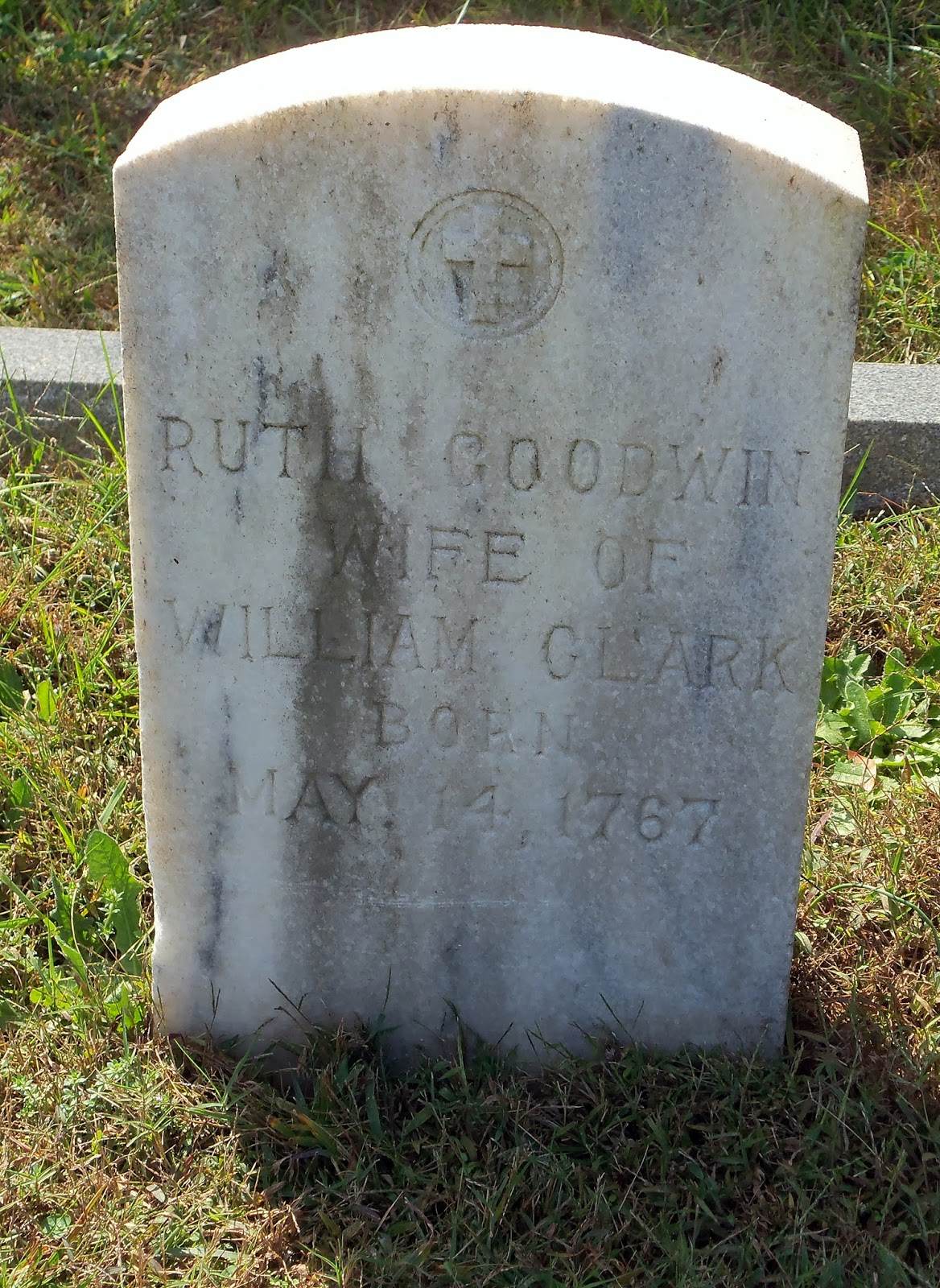 And here is a photo of Beal Baker's military headstone.