By S. Lincecum 02 February
[Originally posted at the Your Peachy Past blog. Cross-posted here for my fellow cemetery wanderers!] 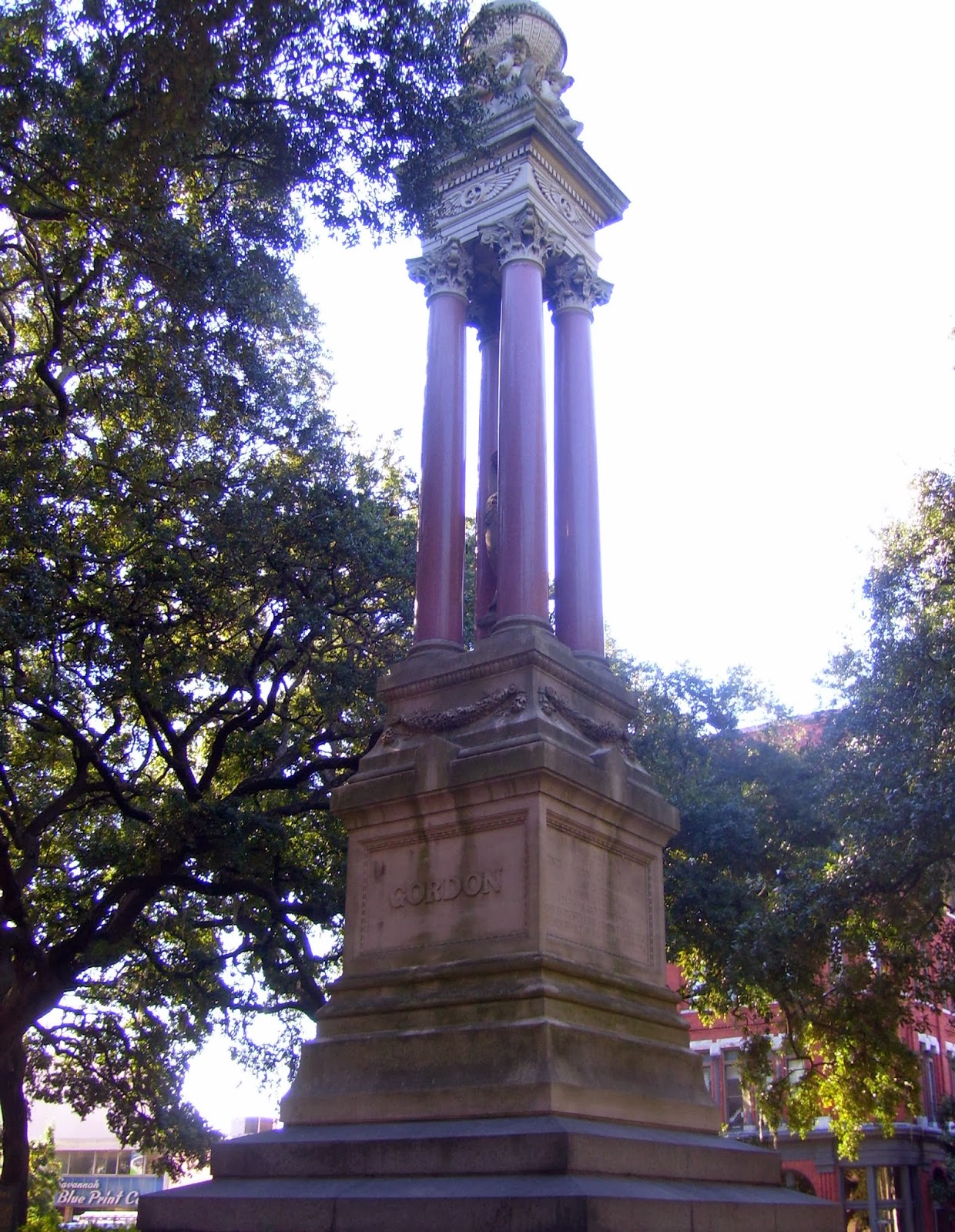 Standing in Savannah's Wright Square (also known as Court House Square) is an impressive monument to a Georgia railway pioneer, William Washington Gordon. Here's what Lucian Lamar Knight has to say about the man and the monument:

"One of the most beautiful monuments in the city of Savannah is the handsome structure of marble, in Court House square, commemorating the useful life of the great pioneer of railway development in Georgia: William Washington Gordon. He died at the early age of forty-six. But he gave the most lasting impetus to the material upbuilding of his native State and accomplished a work of constructive value which was destined to live after him. As the first president of Georgia's earliest railway enterprise, his genius was initiative. He was not only a pathfinder but a builder of splendid highways. Much of the subsequent history of railroads in Georgia has been only the ultimate outgrowth of his pioneer activities; and if Georgia owes much to railroads then her debt of obligation to the man who inaugurated the era of railway enterprise in this State is beyond computation...

The Gordon monument in Savannah is unique. Resting upon a solid pedestal of granite, it consists of four handsome columns of Scotch marble. These enclose at the base an urn of artistic workmanship and support at the top a globe of great weight..."1


William Washington Gordon, according to the monument inscription, was born 17 January 1796. He died 20 March 1842, and was buried in Savannah's Laurel Grove Cemetery.