He Enchained the Attention and Claimed the Admiration: Hon. Francis H. Cone

By S. Lincecum 30 March
I love when an epitaph extends around a monument.  In this instance, all four sides are dedicated to the Hon. Francis H. Cone:  his work, his domestic, and his social life. 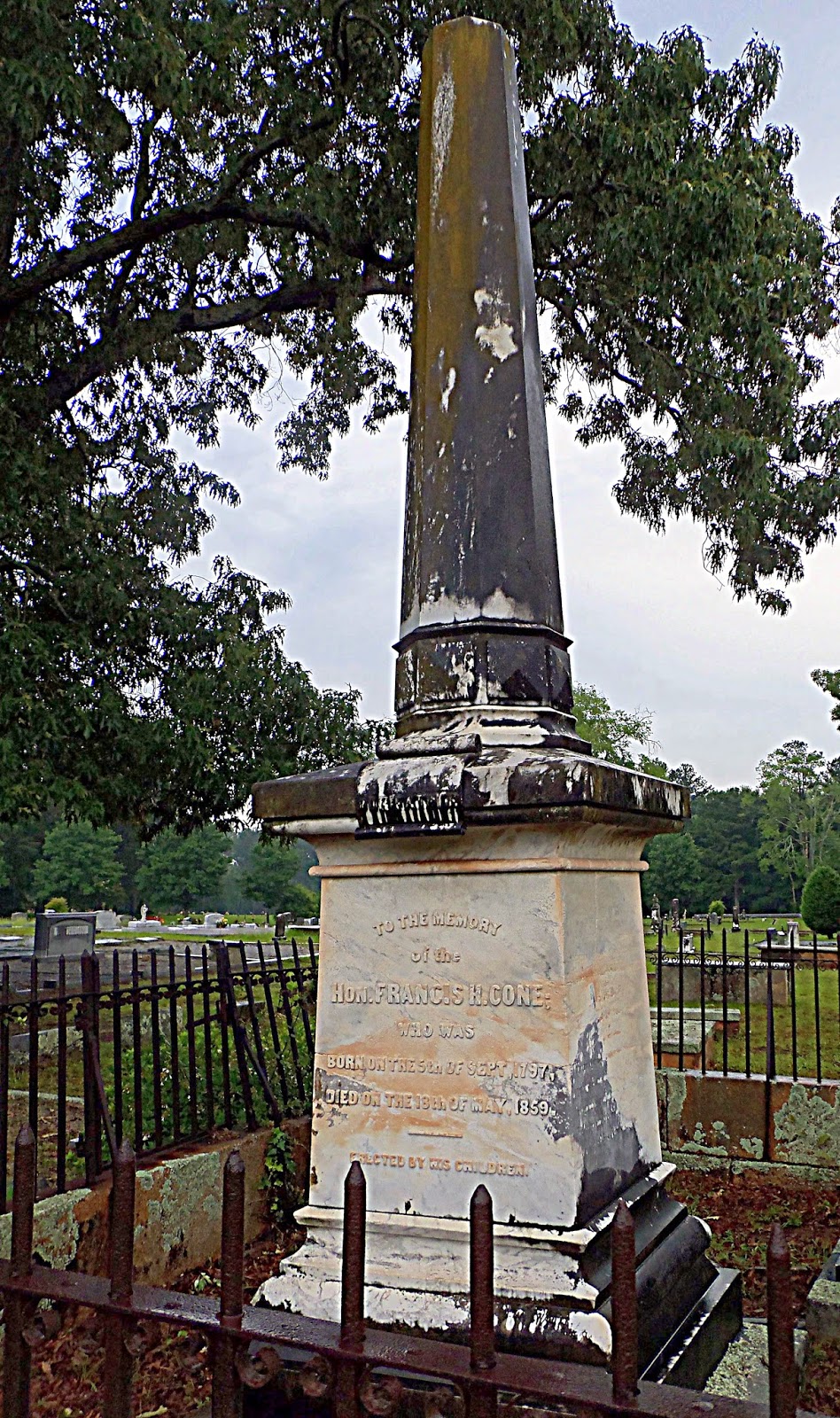 Erected by His Children. 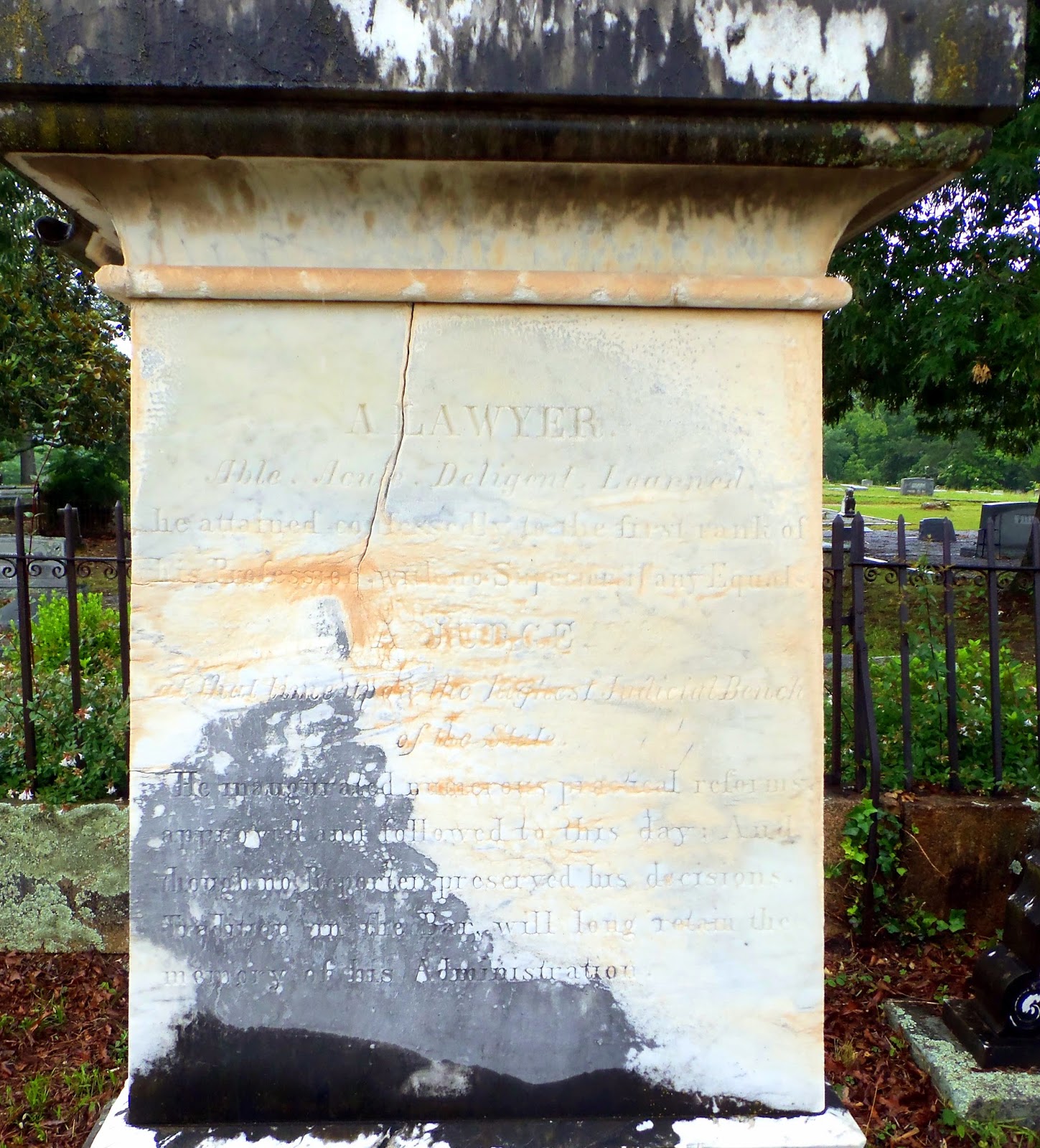 A LAWYER.
Able. Acute. Deligent. Learned.
he attained confessedly to the first rank of
this Profession with no Superior, if any Equals.

A JUDGE.
at that time upon the toughest Judicial Bench
of the State.
He inaugurated numerous practical reforms,
approved and followed to this day; And
though no Reporter preserved his decisions,
Tradition in the Bar will long retain the
memory of this Administration.

He sought not political Honors
& sat but once in the Legislative
Halls of his adopted State;
Yet this brief term as a
LEGISLATOR
was improved by the preparation &
adoption of such various & important
Reforms in the Law, that they alone
would entitle him to the grateful
Remembrance of the People
he served. 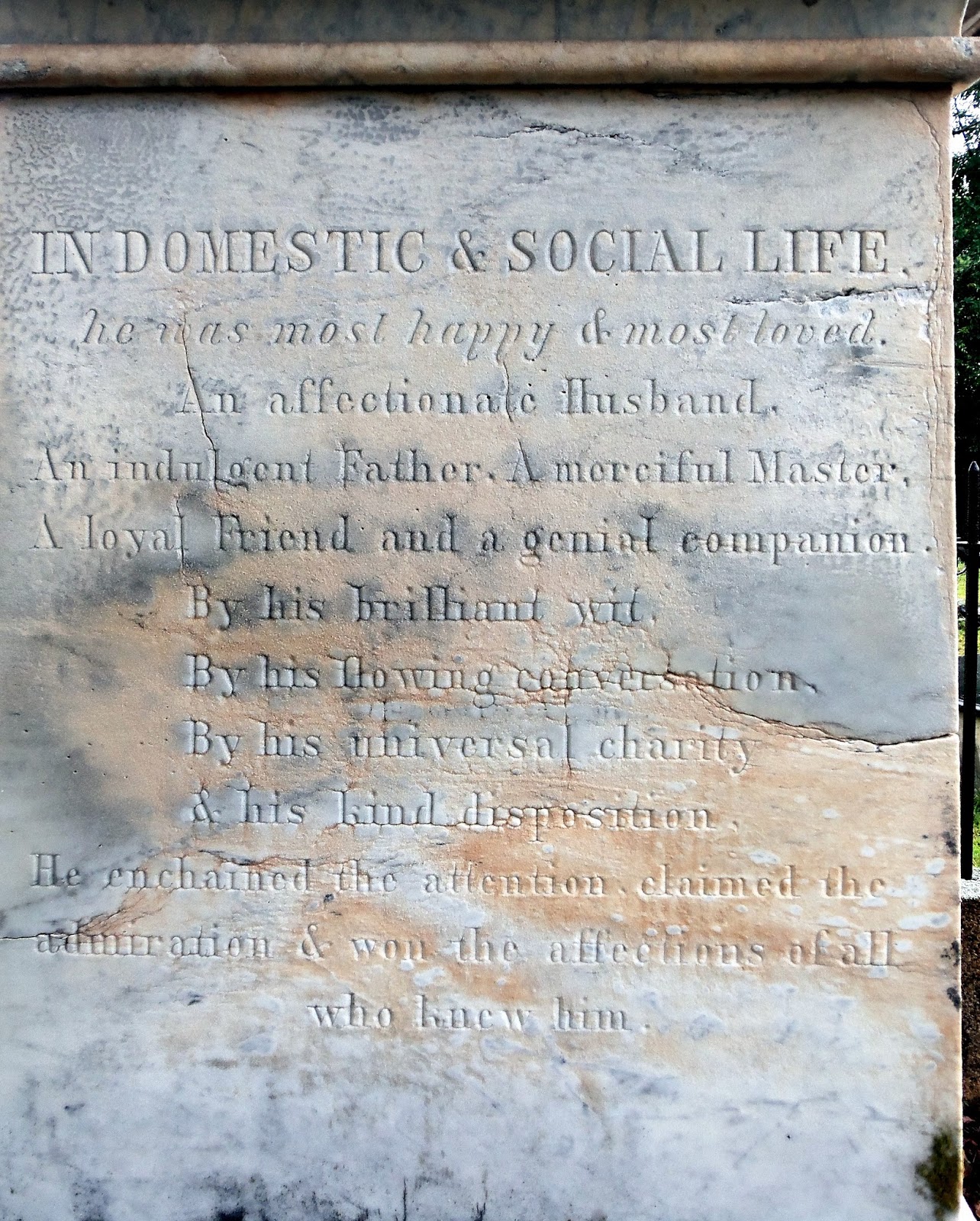 IN DOMESTIC & SOCIAL LIFE,
he was most happy & most loved.
An affectionate Husband,
An indulgent Father, a merciful Master,
A loyal Friend and a genial companion.
By his brilliant wit,
By his flowing conversation,
By his universal charity
& his kind disposition,
He enchained the attention, claimed the
admiration & won the affections of all
who knew him.

Hon. Francis H. Cone rests at Greensboro Cemetery in Greene County, Georgia. Supposedly, the epitaph (all or at least in part) was written by a senator friend of Judge Cone's. More on that tomorrow.

All photos © 2013-4 S. Lincecum.
(As an Amazon Associate I earn from qualifying purchases.)