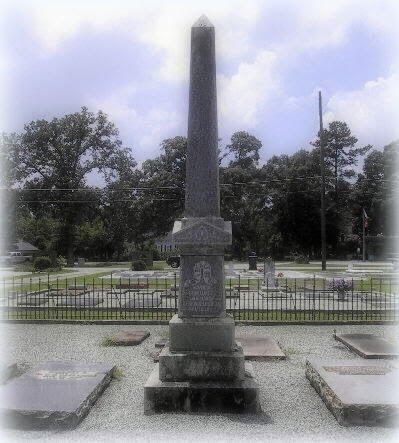 The old photo at right is of an obelisk standing to memorialize the life of Charles Hyatt Richardson. He was born in 1830 at Sumter, South Carolina, and died at Byron, Georgia in 1886. Dr. Richardson was buried at Byron City Cemetery. Since I have a (very) distant connection to him, I poked around a bit in Charles's life and discovered a sad story regarding the death of his mother.

Sophia Hyatt was born 27 March 1804, the daughter of Charles Hyatt. She married John Smythe Richardson 9 April 1827 in Providence, Rhode Island, and they moved down to South Carolina. Elizabeth Buford Richardson wrote about Sophia in her book A Genealogical Record of the Richardson and Buford Families (published 1906; digitized here):


She was delicate, but the change from the northern clime to this southern home agreed well with her; she took on flesh which made her even more beautiful. She was intelligent, cultured, and well read, and she kept up with the leading topics of her day. Although it was more than twenty-five years before the war between the sections culminated, yet at that remote period she was quick to discern the unfairness dealt by northern politicians to her adopted southland, whose cause she heartily endorsed. Could she then have looked through the vista of time she would have seen her own four noble boys, grown to warrior men, in battle array against the northern foe. But she was brave as well as true and just, and had she been with us in the hour of offended rights, her kiss of good-bye to her soldier boys would have been accompanied by the buckling on of their armor.

When twelve sunny years in her southern home had passed, and she had been the mother of eight children (five were living), a bronchial cough developed. Cuba was highly recommended as a health resort for such troubles. She was taken there in the winter of 1839-40. For awhile she seemed to improve, but suddenly grew worse and died on March 14, 1840. An effort was made to bring her remains home, but it became necessary to bury them at sea. She had been reared in the Episcopal Church, so the Episcopal service for the “Burial of the dead at sea” was used, and thus she was buried in the silent hour of night. Why in the night? Her first born was on that vessel. His young heart must not be further lacerated. The casket was taken from the box in which it was enclosed, the box again closed and left in place. Hearts were touched when at times on the following day, as hitherto, and so on to the close of the voyage, that dear boy, sad and lonely, was seen sitting by that empty box. 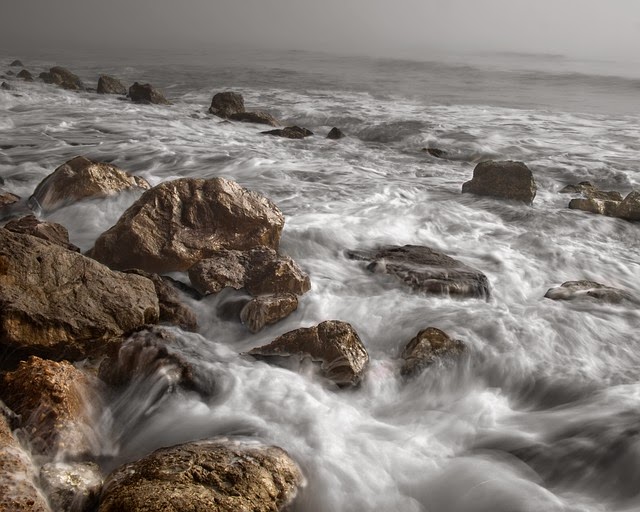 My heart breaks a bit every time I read that story.

A small notice appeared in the 25 July 1840 edition of South Carolina's Camden Journal (via GenealogyBank):


Departed this life, on the 11th of March last, at Matanzas, Cuba, Mrs. SOPHIA HYATT RICHARDSON, wife of John S. Richardson, Jr. Esq. of [Sumter] District, after a protracted illness of eight months.

Sophia's eldest son, another John Smythe Richardson, was 15 years old at the time of his mother's death and that heart-wrenching voyage. Charles Hyatt Richardson, the original subject of research, was just 10.

Anonymous said…
This is so sad