Peasant Girl and Her Son (a Spoon River Epitaph)

By S. Lincecum 24 August
A sweet co-worker recently introduced me to Edgar Lee Masters' Spoon River Anthology, a collection of free-form poems written as epitaphs for deceased residents of a small town. S graciously lent me a copy of the book, and I have since found an online edition. Though these epitaphs are fictional, I hope you'll permit me to share some of my favorites with you here. 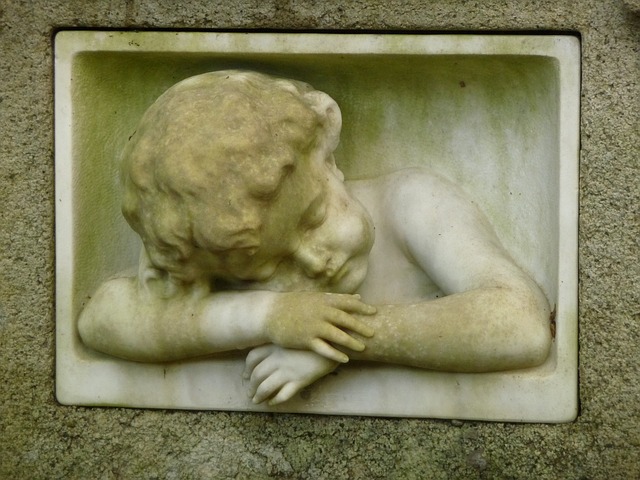 
I WAS A peasant girl from Germany,
Blue-eyed, rosy, happy and strong.
And the first place I worked was at Thomas Greene's.
On a summer's day when she was away
He stole into the kitchen and took me
Right in his arms and kissed me on my throat,
I turning my head. Then neither of us
Seemed to know what happened.
And I cried for what would become of me.
And cried and cried as my secret began to show.
One day Mrs. Greene said she understood,
And would make no trouble for me,
And, being childless, would adopt it.
(He had given her a farm to be still.)
So she hid in the house and sent out rumors,
As if it were going to happen to her.
And all went well and the child was born -- They were so kind to me.
Later I married Gus Wertman, and years passed.
But -- at political rallies when sitters-by thought I was crying
At the eloquence of Hamilton Greene --
That was not it.
No! I wanted to say:
That's my son! That's my son.