Me and the Mardasson Memorial

By S. Lincecum 07 September
As this previous post suggests, I have been participating in my own personal scanfest of late. Since March of this year, I have uploaded 7.7 GB to my cloud drive. That's 4,430 images and 25 videos. (Some of the files came from my digital camera, to be fair.) If only I were close to being caught up!

I have been curious for years about one of the photos I scanned just this morning. It's a picture of me, on a rainy day, standing in front of some sort of monument / memorial. I think I was about 8 or so years old. All I knew for sure is we were in Europe. (I so stink at geography.)

I searched images online using characteristics seen in the photo: "American monument shaped like a star" (or something to that effect). I tried to place it in France first, but got close enough to find the truth with Germany, I think.

Anyway. I discovered I was standing (in my yellow slicker, no less!) in front of the Mardasson Memorial. Check me out: 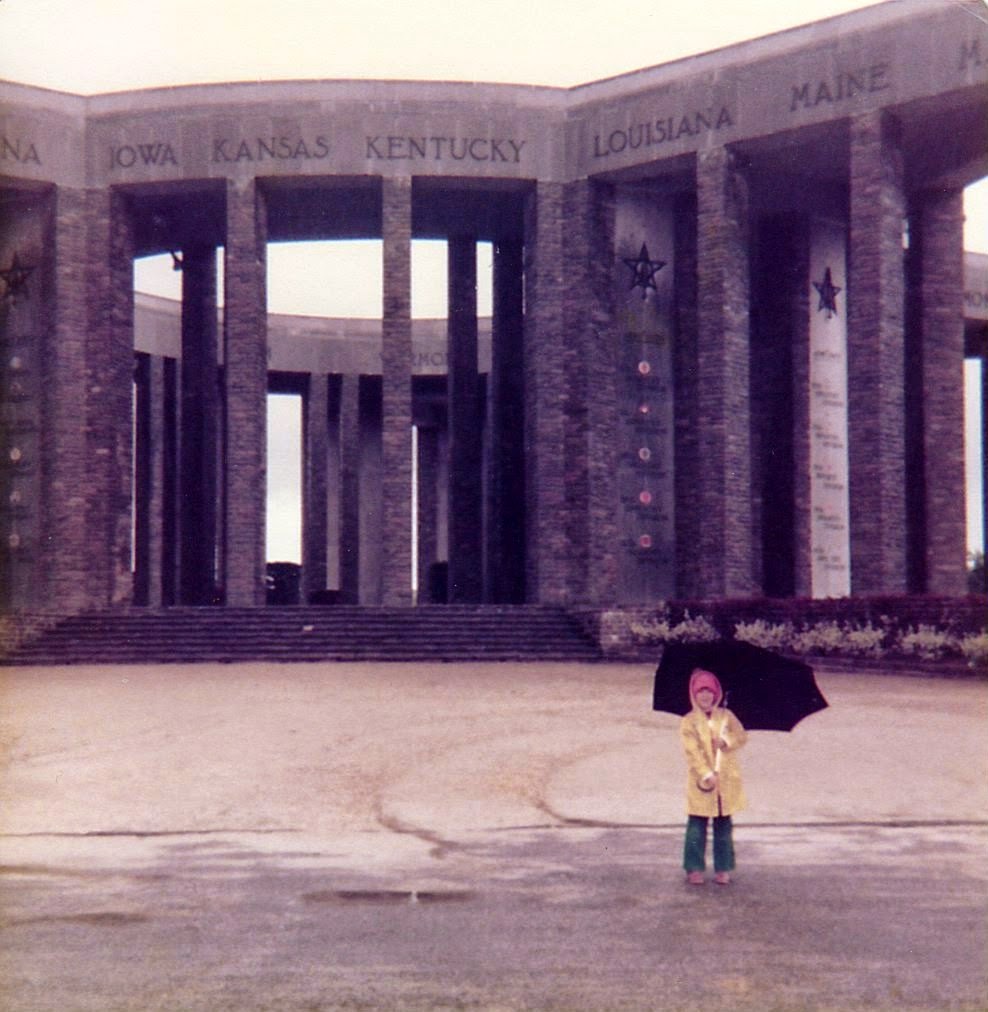 The Mardasson Memorial, located in Luxembourg, was built in the shape of a pentagram and stands 39 feet tall. It was dedicated 16 July 1950 to honor the memory of the 76,890 American soldiers wounded or killed during the Battle of the Bulge. A memorial stone reads, in Latin: