Eli Warren: of Sound Sense and Patriotism (This Time It's Personal)

By S. Lincecum 27 March
[Originally posted at the Your Peachy Past blog.]

About a week ago, we began a walking tour of Perry, a town in Houston County, Georgia. It took us a little over an hour to visit just under 30 "significant sites". We have many more to go, and definitely plan to finish the tour. 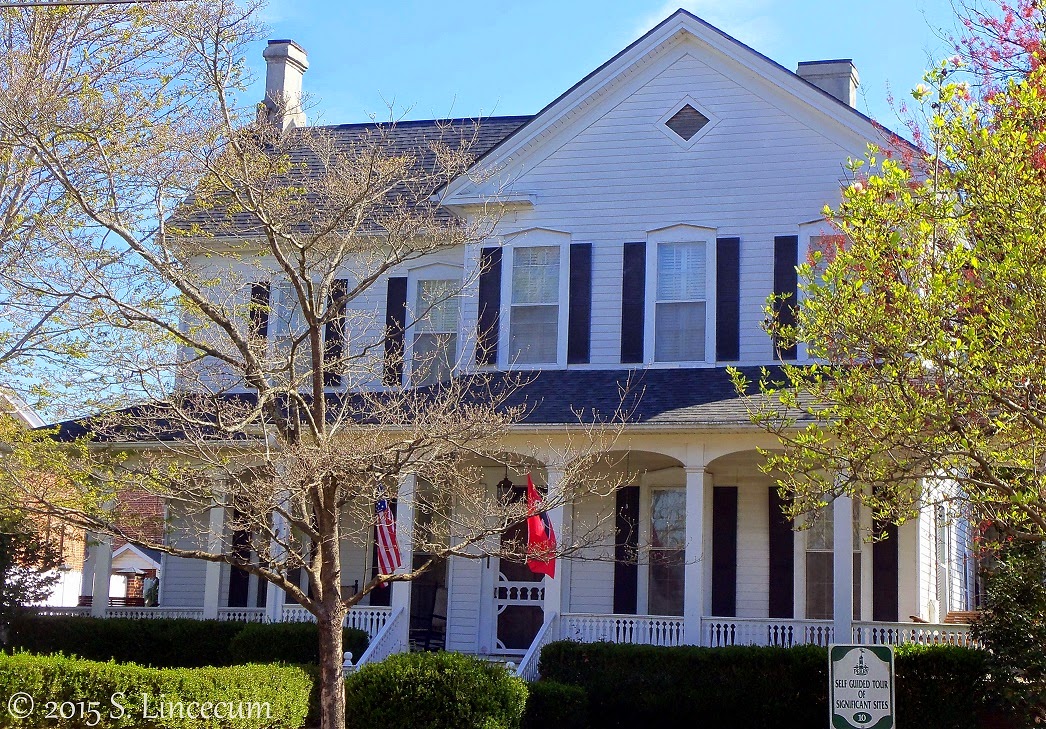 The brochure I have to accompany the tour states: "General Warren sat in two constitutional conventions of Georgia, in both of which also sat his only son, and in one of which also his son-in-law, Colonel Goode; a coincidence never equaled in the history of this State." 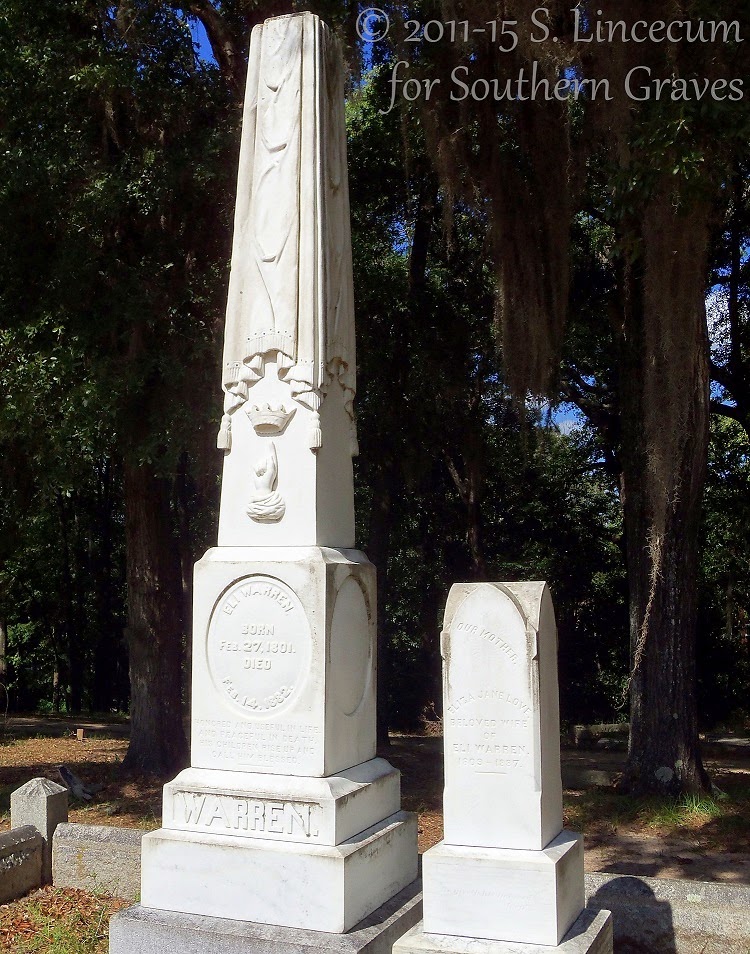 Eli Warren died 14 February 1882 and rests in Evergreen Cemetery, about five blocks from his former home at 906 Evergreen Street. I visited his grave site about four years ago.

And here's an obituary from the 15 February 1882 Atlanta Constitution:

A special dispatch to "The Constitution" states that General Eli Warren died suddenly at his home in Perry at 12 o'clock yesterday of heart disease.

General Warren was one of the oldest of the living prominent men in Georgia, being eighty-two years of age. He was perhaps during his lifetime more continually identified with public matters in Georgia than any other man in the state. Although more than four score years of age, his interest in public matters continued up, we might say, to the day of his death. As a lawyer and as a planter, as a legislator, as a member of conventions and as a party leader no man has been more honest, and no man's acts have been marked by more strong, sound sense and patriotism than those of General Warren. His acts as a member of the constitutional convention of 1877 bear out the statement that the last years of his life witnessed a clearness of mind and soundness of judgement rarely found in one of his age. He has been the friend, acquaintance and contemporary of every distinguished public man in Georgia for the last half a century and has been personally respected by them all. He has enjoyed their confidence as well as the confidence of the people. He was known as a man who took great interest in agriculture, indentifying himself with the interests of the farmers. While he was not what we would call a finished orator, he was an unusually strong writer and a man who always expressed his opinions fearlessly and openly upon all questions. He was one of the few men that we have had in Georgia who dared to face public criticism and adverse public opinion. He was never afraid to express his sentiments and act by his judgement.

He leaves two children that we remember -- a son, Mr. Josiah L. Warren, of Savannah, and a daughter, who married Judge Grice, at one time of the Macon judicial circuit. Mr. Warren, of Savannah, is a man of about 45 years of age and inherits the independence and ability of his father together with his turn for political management.

In the death of Judge Warren Georgia loses a noble man whose service in the forming of her fundamental law was the fitting conclusion of a long life of usefulness and honor.

I'm actually connected to General Eli Warren. He was an uncle of the husband (Silas Scarborough) of the sister-in-law (Martha Jackson) of my 2nd great grand uncle, William Peavy.