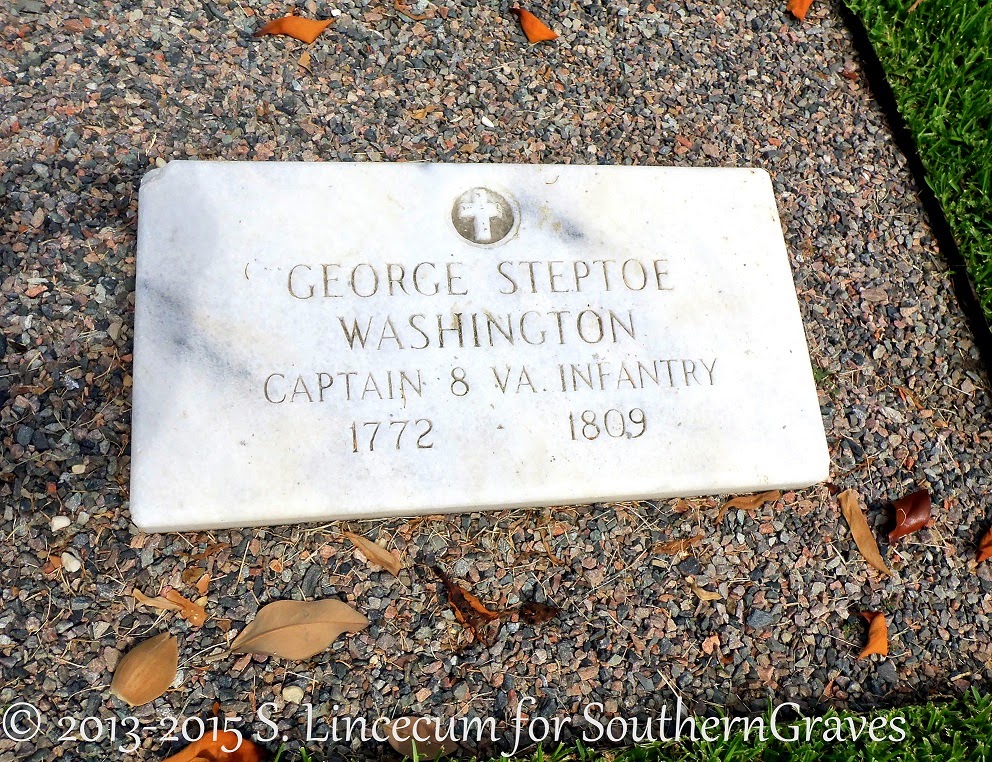 
AUGUSTA, January 19.
Died, suddenly on Tuesday night last, in this place, GEORGE STEPTOE WASHINGTON, esq. of Virginia, nephew of the late President Washington, aged 37 years. This worthy man came to this place about ten days since for the benefit of his health, and from the day of his arrival, had apparently been gaining strength so fast, that flattering hopes were entertained of his complete recovery from a tedious indisposition. On Tuesday night he went to bed in high spirits, and as he supposed much better than he had before been, but a little before twelve o'clock, he was attacked with a fit of coughing in which he ruptured a blood vessel; his friends were immediately called to his assistance, but their efforts and applications were ineffectual, and in about fifteen minutes, he closed his eyes on temporal things, and took his departure for a better world. He left, we understand, an amiable companion, and three children in Virginia, to whom the melancholy intelligence of his death, will be communicated, with the consolatory information, that he died surrounded by friends, who were truly solicitous for his welfare, who afforded him all the assistance and comfort in their power, and who sincerely sympathise with them in this afflicting dispensation.

Nephew George's cause of death was tuberculosis. There is a curious article online at Civil War Scholars regarding the effect this disease had on the WASHINGTONs: "Deadly TB Stalked The Washington Family".