By S. Lincecum 14 April
3,000 Confederate dead representing every southern state are buried in the Confederate Cemetery at Marietta, Cobb County, Georgia. The cemetery was first established for soldiers killed in an 1863 railroad collision that occurred north of Marietta. It grew to hold the remains of soldiers from nearby battlefields. Some were even collected after the war ended. [Source: historical and information markers at cemetery.] 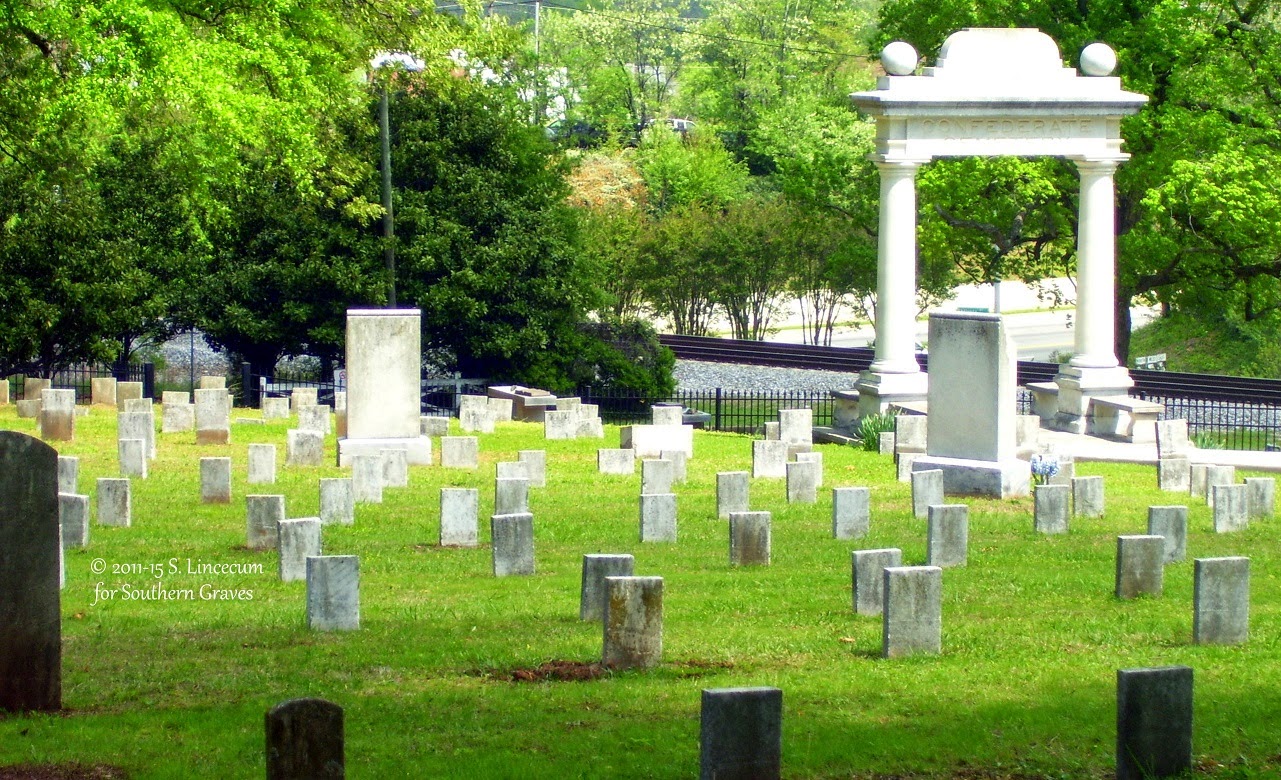 A monument to these Confederate dead was dedicated in July of 1908. Lucian Lamar Knight in Georgia's Landmarks, Memorials and Legends (pub. 1914) states:


"Fourteen little girls, representing various States whose soldiers were sleeping in the sacred area around the monument unveiled the shaft and revealed the finished work of the artist, while the great throng gazed upon the scene in mute admiration." 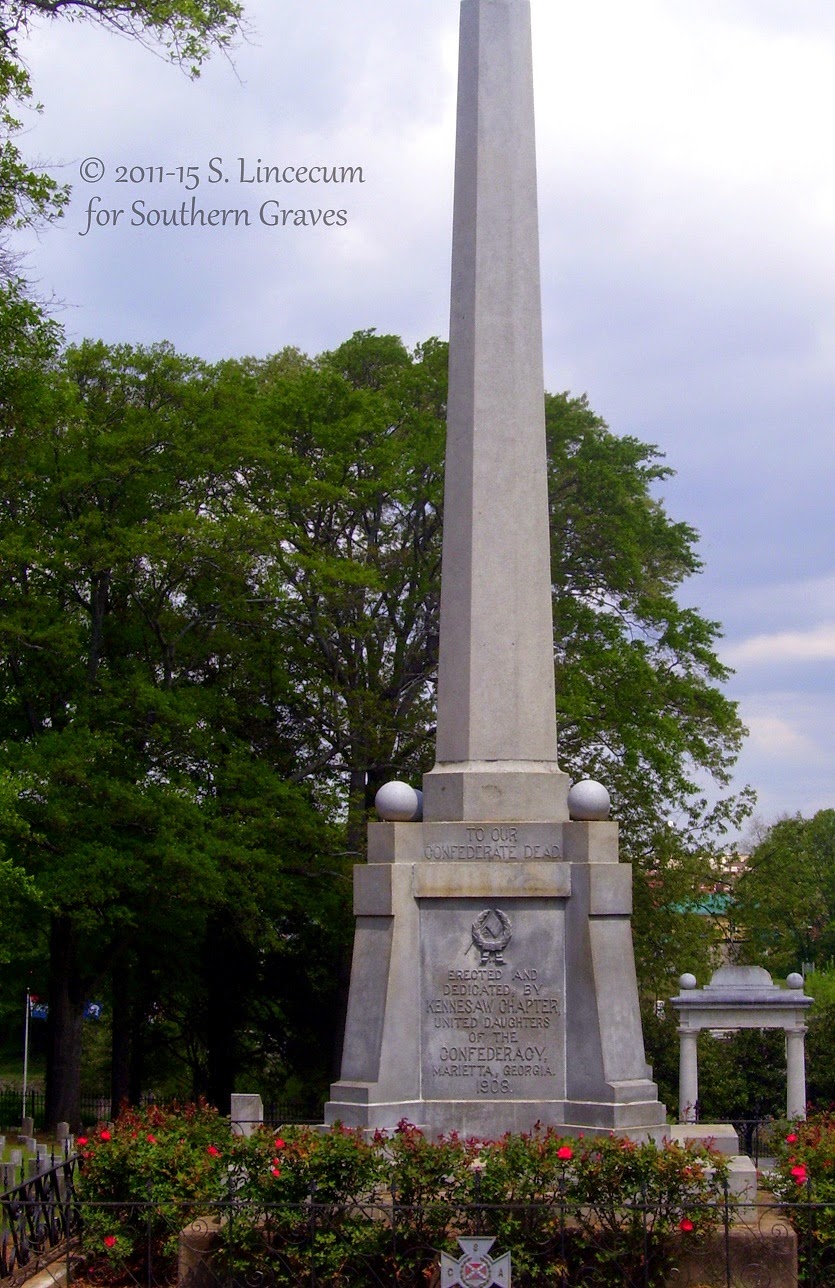 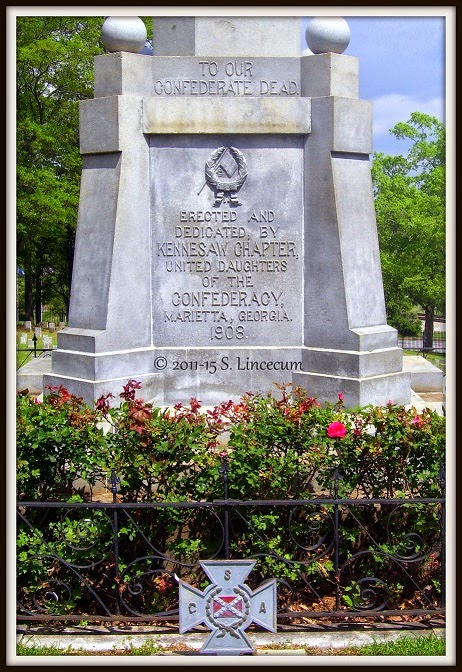 The south side of the monument bears this inscription, in raised letters:

"To Our Confederate Dead. Erected and Dedicated, By Kennesaw Chapter, United Daughters Of The Confederacy, Marietta, Georgia, 1908."

The side opposite shows an unfurled Confederate flag with the following:

"For though conquered, they adore it,
Love the cold dead hands that bore it."

"To Our Cobb County Soldiers, who so nobly illustrated Georgia on many a hard won field; to those who died for a sacred cause, and to those who lived to win a nobler victory in time of peace."

"To the 3,000 Soldiers in the Cemetery, from every Southern States, who fell on Georgia soil, in defense of Georgia Homes. They sleep the sleep of our noble slain; defeated, yet without a stain, proudly and peacefully."