By S. Lincecum 19 April
While the photos are from just six months ago, the following text was originally written over 100 years prior:

"Soldiers of the Revolution Buried in Coweta [County, Georgia]. On an old box-fashioned tombstone, in the lot of the Robinson family, in Oak Hill cemetery, in the town of Newnan, is chiseled the following epitaph: 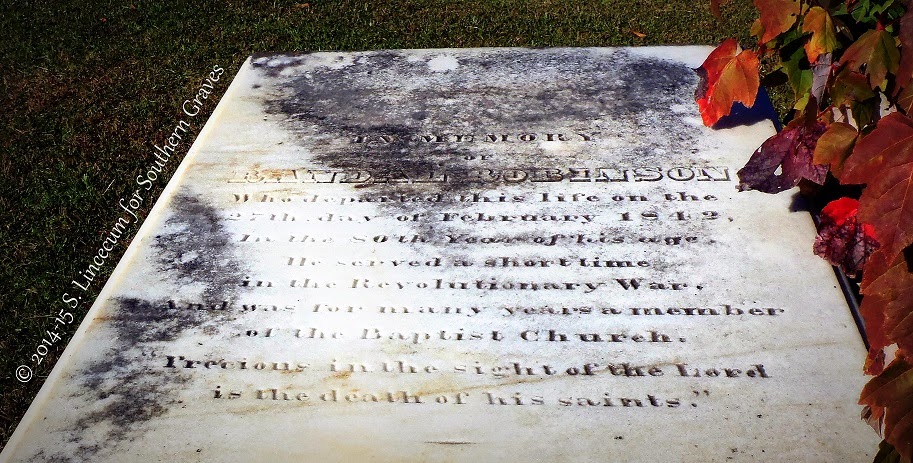 Randall Robinson, departed this life on the 27th
day of February, 1842, in the 80th year of his age. He
served a short time in the Revolutionary War and was
for many years a member of the Baptist church.
Precious in the sight of the Lord is the death of
his saints.
Mr. Robinson was a descendant of the first Governor of North Carolina. He enlisted at the age of fourteen and served for 189 days in a Palmetto State regiment. He became one of the earliest settlers of Coweta and with his family organized the first Baptist church. His great-great grand-daughter, Mrs. Marie Robinson Wright, is a well-known author, who has written some excellent books of travel." 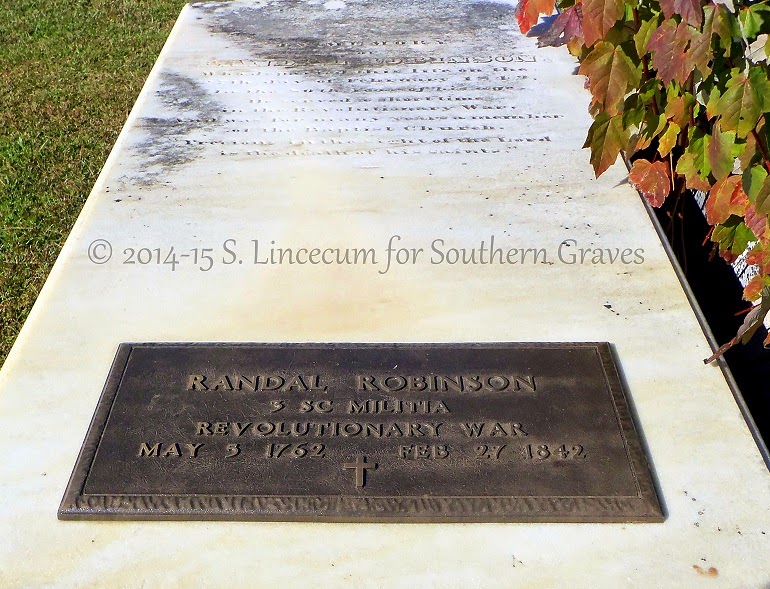 grumpy's genealogy said…
Thank you for posting the writing on Randall Robinson's grave. I and his 3rd
great-grand-daughter and really wanted to know what was on his tombstone.