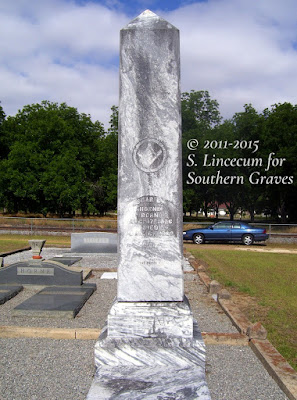 Oscar C. Horne graduated from the Maryland College of Pharmacy in May of 1899. About nine years later, it seems he found life too hard to handle.

Found Dying Behind Counter With Bullet Through Heart.

Special to The Chronicle.
Savannah, Ga., Jan. 6 -- Oscar C. Horne, a druggist, was found dead this morning behind his counter in his drug store at Bull and Thirty-ninth streets. A revolver lay on the floor beside him, with one chamber empty, the bullet from which had gone through his heart.

Druggist John Schwaib made the discovery, having gone to the drug store on business. When no one responded to his rapping on the counter he investigated and found the body.

Horne's negro porter came in within a few minutes and said he had left Mr. Horne a short time before to go out on an errand, and that the druggist had then appeared thoroughly rational and cheerful.

A pencilled note lay on the counter addressed to J. R. Horne, Pinehurst, Ga., the father of the druggist.

Horne was tonight to have been installed as prelate of the Forest City Lodge Knights of Pythias, of which he was past chancellor.

P.S. If you're like me, and had no clue what a prelate was, here's a basic definition from Google: "a bishop or other high ecclesiastical dignitary." The word is considered to be formal and historical.