By S. Lincecum 11 December
As in, also known as.

Most seasoned researchers, cemetery or genealogy, know that cemeteries sometimes are known by more than one name. I want to post about one that is a bit confusing in the hope someone out there can enlighten me. 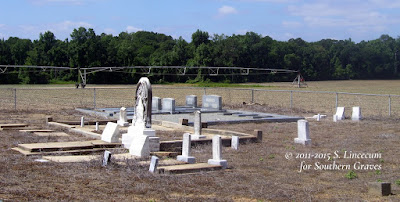 This cemetery is in a field at the intersection of Bowen and Findlay roads in Vienna, Dooly County, Georgia. According to the cemetery information at FindAGrave, this is known as Porter Family Cemetery. The notes also say it was once family land.

This makes good sense to me, since many burials are of the Porter surname.

However, when poking around the lives of some of the residents of the cemetery, I found it to be called by another name. First, is George Seago. I found an entry for him in the book Confederate Soldiers of Dooly County, Georgia by M. Secrist (page 57, highlight mine). 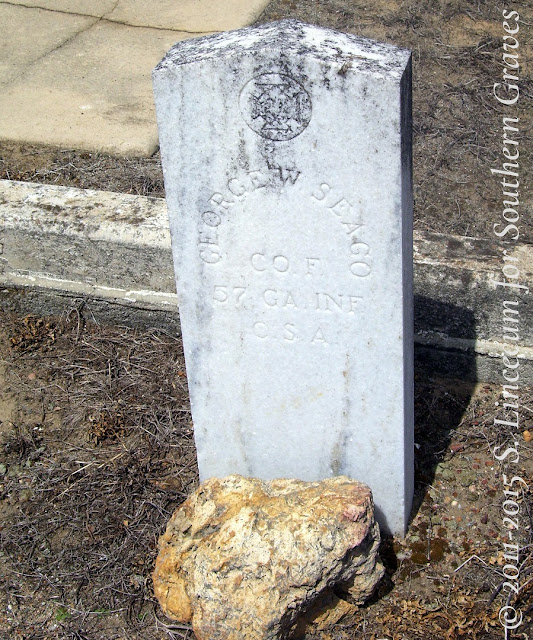 Then there's Miss Nora Seago. I found a funeral notice for her in the 26 February 1936 Macon Telegraph (Georgia). [Page 6, highlight mine.] 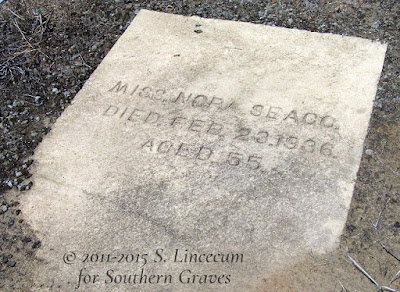 So, what's the big deal, right? Porter Family Cemetery is also known as Sandy Mount Cemetery. Well, there's a bit more to share. The county to the south of Dooly is Crisp, formed from Dooly in 1905. And guess what. Cordele, Crisp County, Georgia (not far from Vienna, Dooly County) is home to Sandy Mount Church Cemetery.

Anybody know the connection between the two cemeteries, or if there even is one? I'm wondering if there is something in the church history that connects the two. Or maybe the entire area was known as Sandy Mount before the county division? Just a bit of curiosity on my part.