Sometimes I look back at the photos I've taken at cemeteries, and think, "Wow.  I am so-o far behind in posting." And it gets even sillier when a photo involves a relative or ancestor.  For example, I photographed the gravestone for G. M. Dallas Peavy almost five years ago…  Just got around to getting the image and information in my family tree program a couple of days ago.  *Insert sigh here.

George M. Dallas Peavy was a distant cousin of mine.  The initial M might stand for Madison, and I've personally seen the surname spelled as both Peavy and Peavey.  He was a son of Green B. and Martha (Vinson) Peavy/ey.  This branch of the family generally hung around Dooly County, Georgia.  Dallas, his wife Amanda, and two of their sons were laid to rest at Mt. Olive Cemetery in the Pinehurst area of Dooly county. 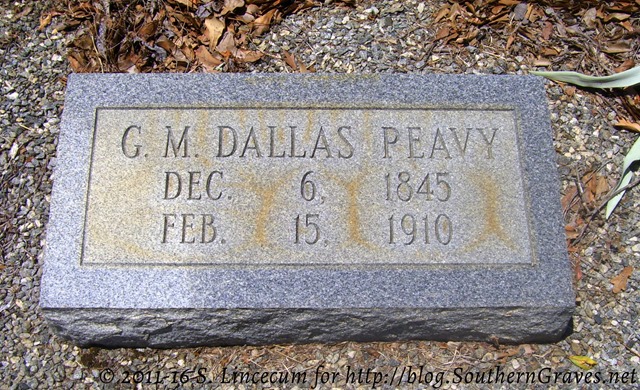 Dallas was married to Louisa Amanda King 16 November 1865 by a minister of the gospel in Dooly County. 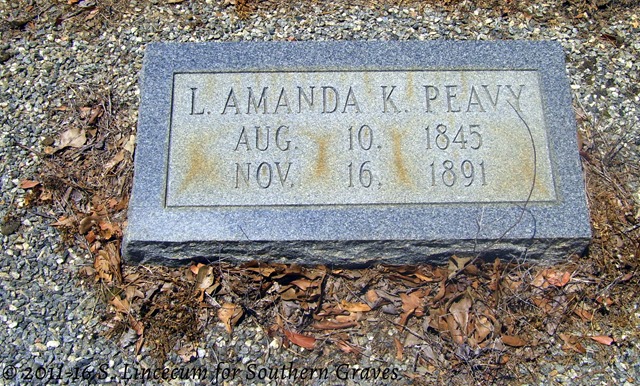 Research suggests Dallas and Amanda had eleven children.  If correct, David T. and Lewis O. were numbers seven and eight.  They also rest at Mt. Olive Cemetery.  David T. Peavey, in his U.S. Army enlistment record, was described as having blue eyes, dark brown hair, and a fair complexion. 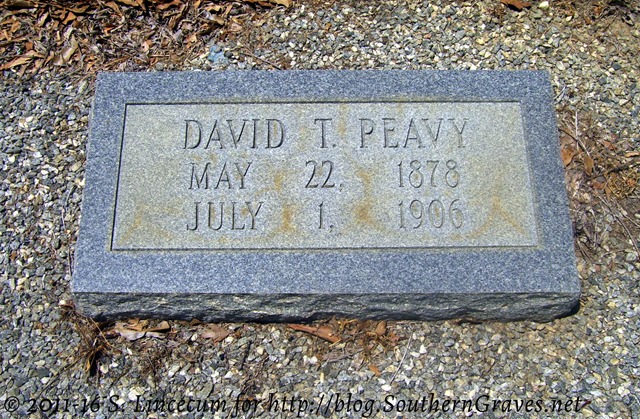 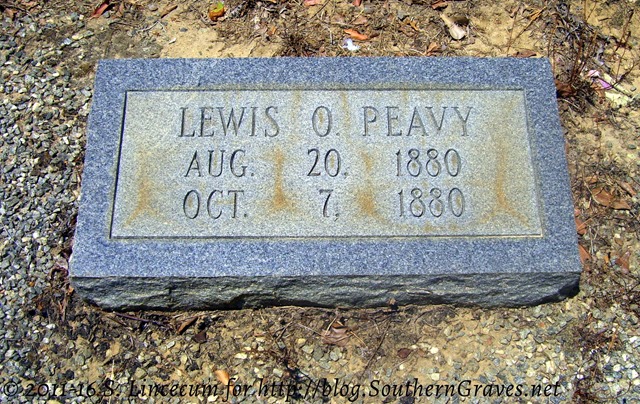 Here's what I know regarding the deaths and gravesites of the rest of the children of Dallas and Amanda Peavy/ey:

- William I. Peavey d. 14 July 1937 and rests next to wife Nannie at Orange Hill Cemetery in Tampa, Hillsborough County, Florida.

- Green/e K. Peavy/ey d. 27 October 1954 at Baldwin County, Georgia.  This is according to the Georgia Death Index at Ancestry.  His residence in the same database is listed as Dooly County, Georgia.  I do not know where Green rests.

-  Arthur B. Peavey d. 7 April 1982 and rests next to wife Annie at Harmony-Smyrna Cemetery in Dooly County, Georgia. 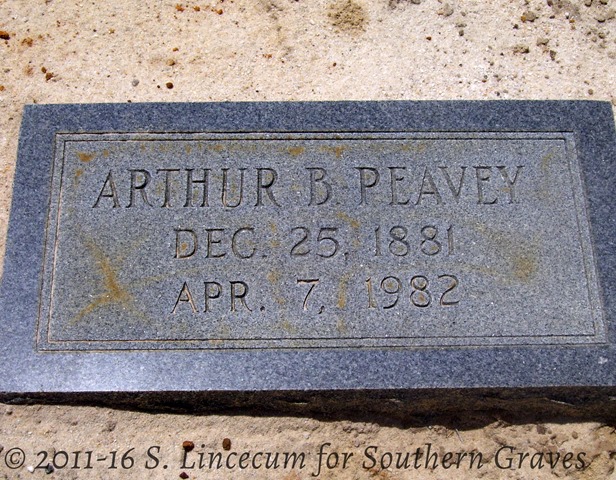 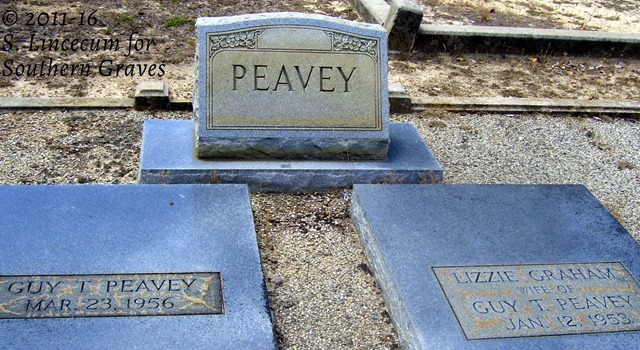