Sliding this in among the A to Z Challenge posts. Hope you're enjoying it, whether participating directly or following along. 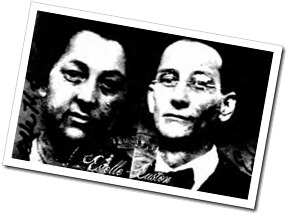 The marriage of Miss Estelle Harvard and Rev. Euston E. Clements was solemnized Wednesday morning, October the tenth, at ten o'clock at the home of the bride's parents, Hon. and Mrs. D. W. Harvard, near Unadilla.

…Rev. and Mrs. Clements waited only to receive the congratulations of those present, before leaving for Unadilla to board the train for Key West which will be their future home.

The bride is the only daughter of Hon. D. W. Harvard, one of Dooly county's oldest settlers and most highly respected citizens, who is representing the county in the legislature for a second term.  She is a graduate of LaGrange Female College and has made an enviable reputation as one of the finest instructors in this and other counties.  Wherever she has gone her earnest Christian character, sweet and lovely disposition, splendid intellect and many accomplishments have made her a power for good and won her hosts of friends who extend best wishes for her future happiness.  She will be greatly missed here where she was always active in every good work; but all unite in saying she has entered a sphere for which she is perfectly fitted.

Rev. Clements has been one of the strongest and most earnest young preachers in the South Georgia conference during the past two years and is popular not only with his congregation but with all who know him…He goes to take charge of the Methodist mission at Key West…  [The Vienna Progress (Georgia), 18 October 1900, pg. 5, col. 3.] 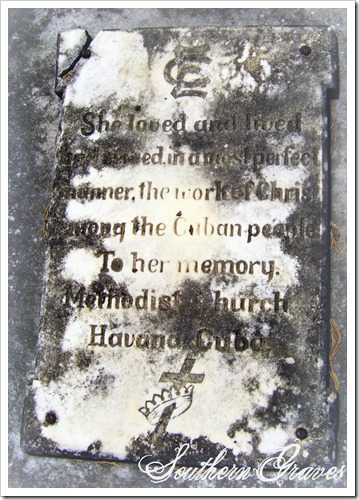 True Christian, Devoted Wife, Loving Mother
Rev. Euston Clements was a Methodist missionary to Cuba, and at  least from time to time, Estelle joined him.  A tablet placed at her grave in Harmony-Smyrna Cemetery (Dooly County) reads, in part:

She loved and lived and served in a most perfect manner, the work of Christ among the Cuban people.  To her memory [from the] Methodist Church, Havana, Cuba.

DIED AFTER AN OPERATION IN ATLANTA.  LIVED IN HAVANA, CUBA.

Just before going to press news was received of te [sic] death of Mrs. Euston Clements, of Havana, Cuba, which occurred at a sanatorium in Atlanta Tuesday.  Mrs. Clements' death followed and operation performed there several days ago.  She will be remembered at Miss Estelle Harvard, daughter of Mr. Dave Harvard, of Unadilla.  She enjoyed the love and admiration of a wide circle of friends and relatives in this county.  Since her marriage to Rev. Euston E. Clements who with several children survives her, she has lived in Havana where they have been engaged in mission work for the Methodist Episcopal church.  The funeral occurred yesterday afternoon at Harmony.  The services were attended by a large concourse of sorrowing relatives and friends.  [Vienna News (Georgia), 25 April 1918, pg. 1.] 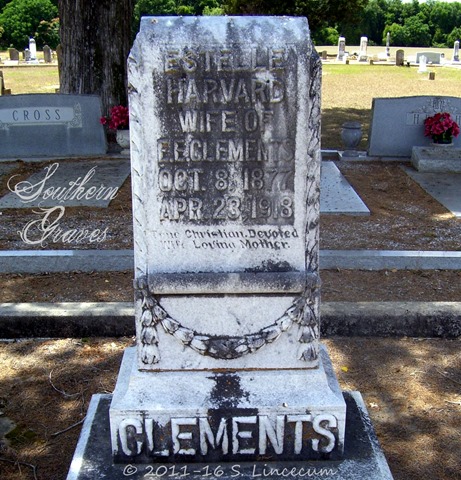