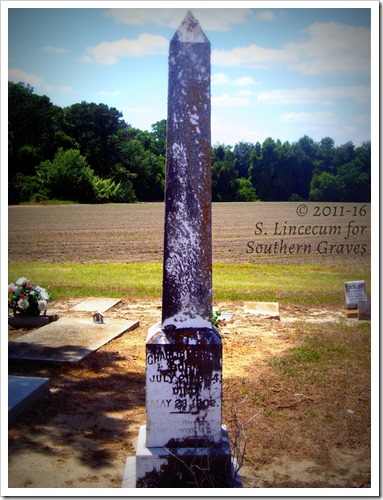 Charles "Charlie" Peavy was born 21 July 1844 in Georgia.  He was one of (at least) eight sons born to Bird Y. Peavy.  It appears Charlie lived his whole live in Dooly County, usually connected to the farming industry.

According to Ancestry's database of U. S. Civil War Soldier Records and Profiles, 1861-1865, Charles Peavy of Dooly County, Georgia enlisted in the Confederate States Army at the age of sixteen years.  In May of 1862, he settled as a Private with Company C of the 55th GA Infantry Regiment.  He was mustered out 25 June 1863.

Charles and Ella Gurr were married 19 January 1878 in Dooly County by a Justice of the Peace.  They went on to have eight or nine children.

In 1900, Charlie Peavy was farming and living in the city of Unadilla.  He died 28 May 1902 and was buried at Harmony – Smyrna Cemetery in Dooly County.  His obelisk tombstone reads:

His many virtues form the noblest monument to his memory. 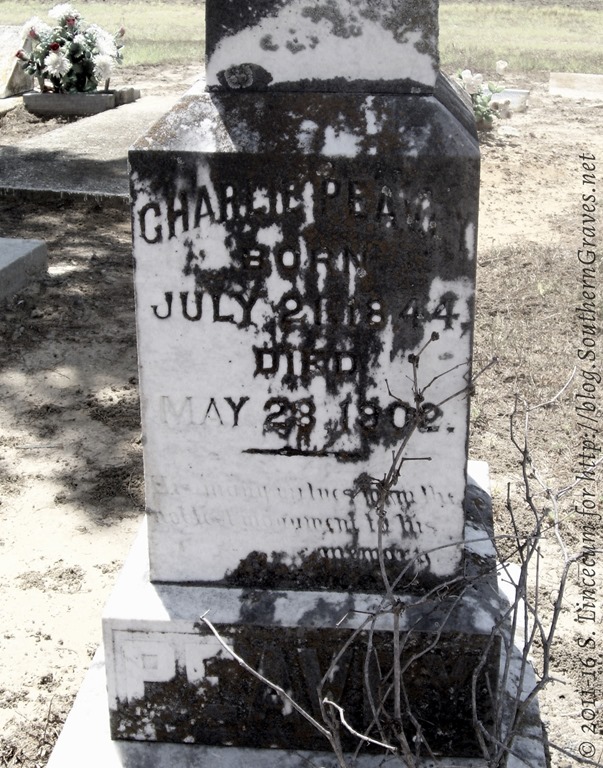