It's been more than four years since I visited Trinity Church Cemetery in Gwinnett County, Georgia.  But I remember the day well.  There was a crispness in the air that is usually present in early November and, even though the sky was clear, I discovered the cemetery surrounded by trees tall enough to block out the sun in several places.  While not the best lighting for picture taking, it was awesome weather for taking my time.  I was in no hurry.  When that happens, I usually have enough photos to "connect the dots" when I finally sit down to dig a little deeper into the silent city. 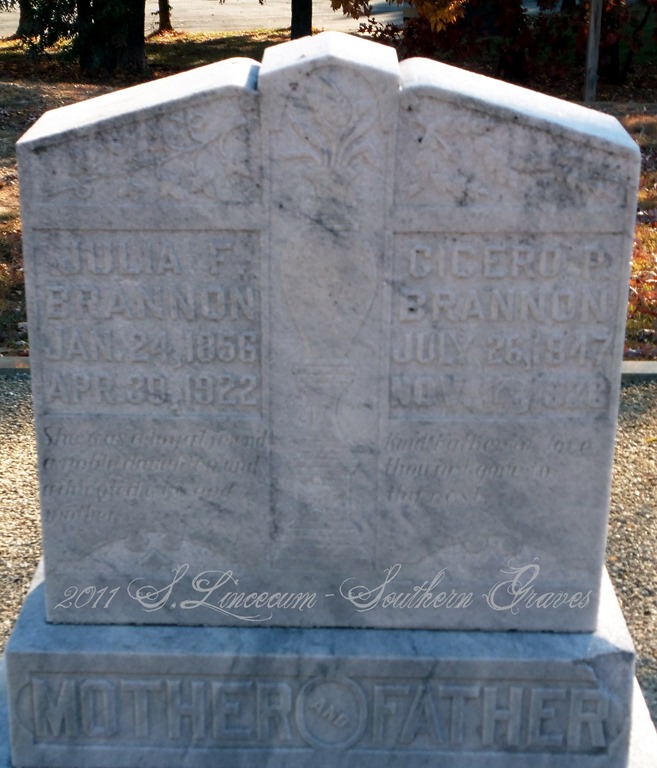 The photo above is of the tombstone placed for Julia F. and Cicero P. Brannon.  My "dot connecting" deals with Julia's side of the family, but let's start with Cicero. 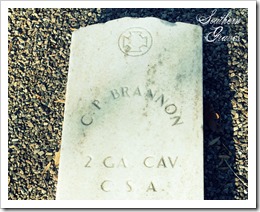 Cicero P. Brannon was born 26 July 1847 in Forsyth County, Georgia to William R. and Mahala / Mahalya (Pool) Brannon.  C. P. served in the 2nd Georgia Cavalry of the Confederate States Army for about the last year of the Civil War.  After returning home, Cicero married Julia F. Langley 15 November 1877 in Gwinnett County.  By the year 1900, the couple had given birth to eight children.  Cicero supported his family by farming.

Julia F. (Langley) Brannon died 30 April 1922.  The tombstone she shares with her husband remembers her this way:  She was a loyal friend, a noble daughter and a devoted wife and mother.

Cicero P. Brannon left this world four years later.  I was a little shocked when first viewing his death certificate.  The cause of Cicero's death was noted as, "Infected traumatic lacerated left hand.  (Secondary) Toxemia, arterosclerosis, Senility, Ch. Myocarditis." The document also showed Mr. Brannon had three operations prior to his death, one in October and two in November.  Finally, the date of death given is 30 November 1926.  The death date on the Brannon tombstone is 14 November 1926.  One of those that creates just as many questions (or more) as answers.

Cicero was eulogized as a Kind father of love.

Within Julia's family is where I was able to connect a few dots.  In viewing her death certificate, I found her parents to be William and Malinda Langley.  This leads me to believe she was sister to J. W. Langley, the Civil War veteran recently profiled here, and buried in the same cemetery.

J. W. was married twice.  His second wife was Maggie Craft, whom he married about 1881.  For the 1900 U.S. Federal census of the Goodwin District of Gwinnett County, Georgia, there is a Margrett E. Langley listed as a boarder in Cicero P. Brannon's household.  This single lady is a dressmaker.  Putting the "single" part aside, could this be Julia's sister-in-law? 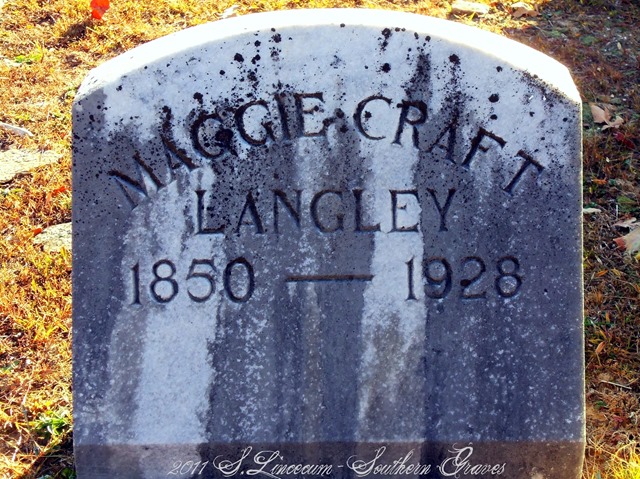 Darla M Sands said…
Silent city. Beautifully said. And I really enjoy reading the fruits of your research.
May 27, 2016 at 11:31 AM