Jesse James Peavy and Bronchopneumonia (Cause of Death Defined) 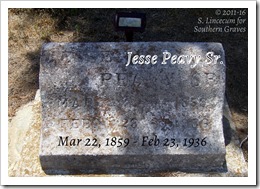 Jesse James Peavy was born 22 March 1859 in Dooly County, Georgia to Michael S. Peavy and Mary Ann Hudson.  Jesse followed the farming vocation for about 60 of his 77 years on earth.  He started when but a child and retired about the age of 70.

Jesse married Mrs. Narcissa Caroline Herring 31 August 1887.  A justice of the peace of Dooly County did the honors.  Though I do find Jesse and Narcissa in the 1900 U.S. Federal census, I'm unsure whether or not they had any children.  And when trying to find Narcissa's maiden name, I came up with Peavy.  It'll take more time for me to sort that out!

Narcissie died August 1908 at just a little over 60 years of age.  She rests, gone but not forgotten, at Harmony - Smyrna Cemetery. 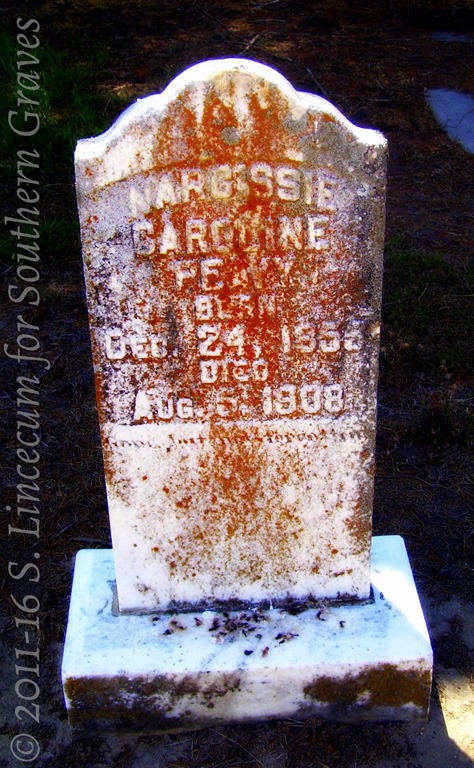 A relatively short time later, Jesse married again.  This time to a woman named Dora.  I know of at least one child they had together:  Jesse James Peavy, Jr.

Jesse Sr. died 23 February 1936.  His weather-worn tombstone (image at top) stands near that of his first wife.

Jesse's cause of death was primarily Influenza.  Another contributing factor was Bronchopneumonia.  This is a pretty easy one to define:

I decided to share this here simply because when Jesse's death certificate was filled out, this contributing factor was written as Broncho Pneumonia.  It took me a bit to decipher the first word as "broncho." 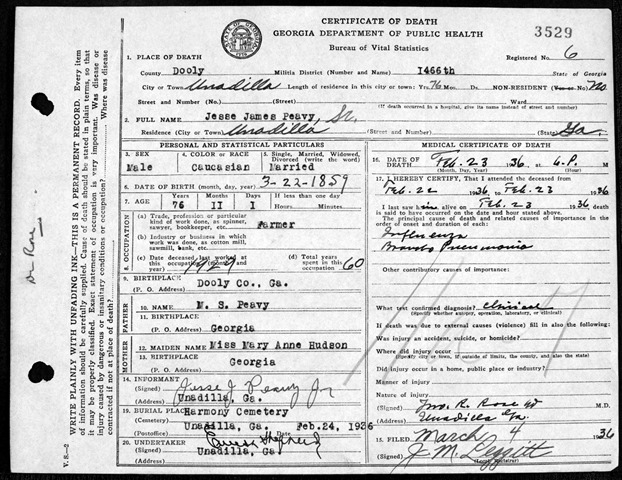