Is it weird I like looking at old farm inventories?

John Mask was born on Christmas Day in the year 1837 to William and Louisa F. Mask.  According to the 1850 Sumter County, Georgia Federal census available at Ancestry, John's father was a farmer from North Carolina.  I don't know exactly how John's formative years were spent, but I'll bet some farm laboring was involved.

By the summer of 1860, John appears to have been out on his own.  And during the Civil War, Pvt. J. H. Mask served with Company B of the 11th Battalion, Georgia Artillery (also known as "Sumter Artillery").  Eights months after the surrender at Appomattox, and five days before his 28th birthday, John married "Lunny" Williams in Dooly County, Georgia.  Dooly County was a neighbor to Sumter.

By 1870, J. H. Mask was working a farm in Newton, Baker County, Georgia.  It's not clear to me if this farm was John's, or not.  His occupation for the 1870 Federal census was listed as "Agent on Farm," when all households surrounding his were listed as farmers or farm laborers.  Nonetheless, John H. Mask is listed on the 1870 Agricultural Census Schedule for Baker County under the column heading, "Name of Agent, Owner or Manager." 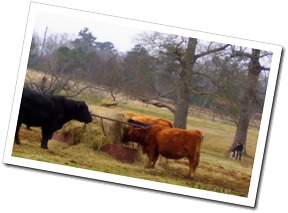 The farm for which John Mask was an agent totaled 1,750 acres.  950 of those acres were unimproved woodland.  For livestock, John had 2 horses, 9 mules and asses, 19 milch cows, 4 working oxen, 50 other cattle, and 17 swine all together valued at $1,000.  This farm appears to have grown just a couple cash crops.  2,000 bushels of Indian corn and 54 bales of cotton were inventoried.  According to a historical crop and livestock timeline at Growing a Nation [cool resource, btw], these two crops make perfect sense.  In the early 1800s – for certain by 1830 – cotton replaced tobacco as the "most important cash crop in the Old South." And while the growing of maize was "borrowed" from the Indians as early as the 17th century, the 1850s is when commercial crops of corn began to develop.

Another item of large quantity on the farm was molasses.  55 gallons of it.  I wonder if that means sugar cane or sweet sorghum was being grown there.

Here's how the finances were tabulated: 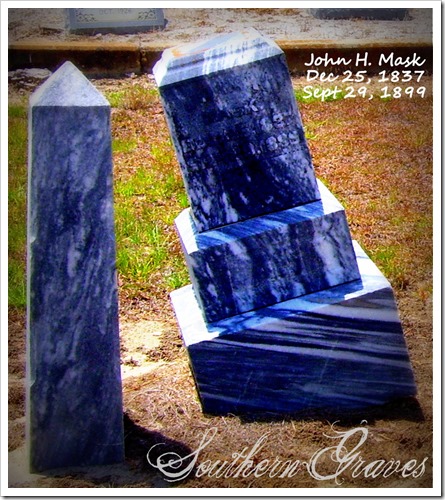 At some point, John and his family returned to Dooly County, Georgia.  He died there 29 September 1899.

Mr. John H. Mask, of near Pinehurst, died the 29th ult., after an illness of two weeks.  He was 62 years old, and had been a consistent member of Harmony Baptist church for about six years.  He said he feared not death and was willing to go.  His remains were interred in the Harmony cemetery, Saturday afternoon at 3 o'clock, Rev. J. M. Kelley, of this city, his pastor, officiated.  The Progress sympathizes with the bereaved in their great loss.  [5 October 1899 Vienna Progress, Georgia, pg. 1, col. 2]

Since John had spent a bit of his younger life in Sumter County, the Americus Times-Recorder ran a death notice the next day (pg. 5, col. 3):

Death of John H. Mask.
Mr. John H. Mask died on Friday last at his home near Vienna, in Dooly county, after a short illness with fever.  The deceased formerly resided in Sumter county, and had numerous relatives and friends here.  A wife and three children survive him.

The three children were William M. (who was administrator of John's estate after he died without a will), Cora L., and James H.  Lourana, John's wife, was laid to rest beside him at Harmony Cemetery almost ten years later. 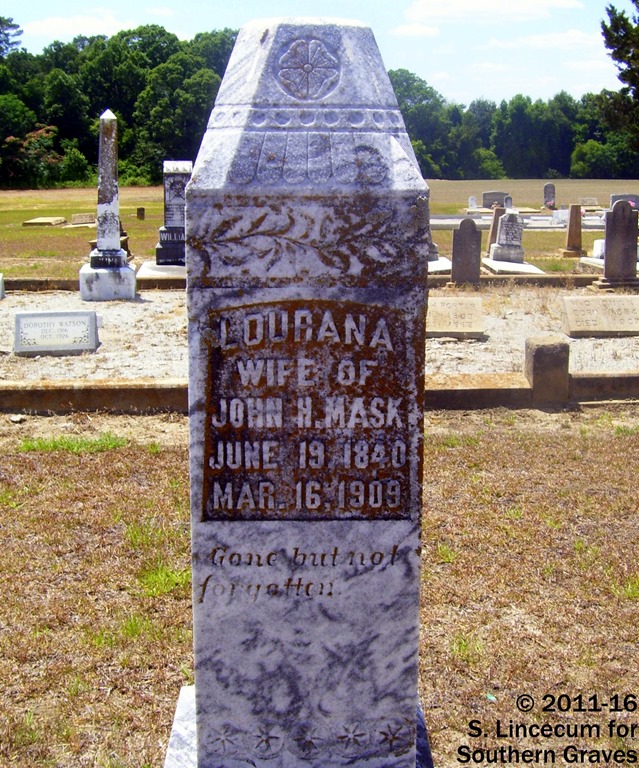