By S. Lincecum 30 May
The Appalachian Highway runs right through Blue Ridge, Georgia – a town we moved to just a few short months ago.  I learned about the Memorial Day Ceremony happening at Veterans Memorial Park, just two turns off said highway, only yesterday, and was excited to attend.

I went a bit before it started, though, and visited the city park in downtown Blue Ridge.  I remembered a monument to the veterans of Fannin County was there, too, and I wanted to get an image for you.


In grateful recognition of the gallant service and supreme sacrifice of these soldiers of Fannin County in the World War, this monument is erected by the people of Fannin County. 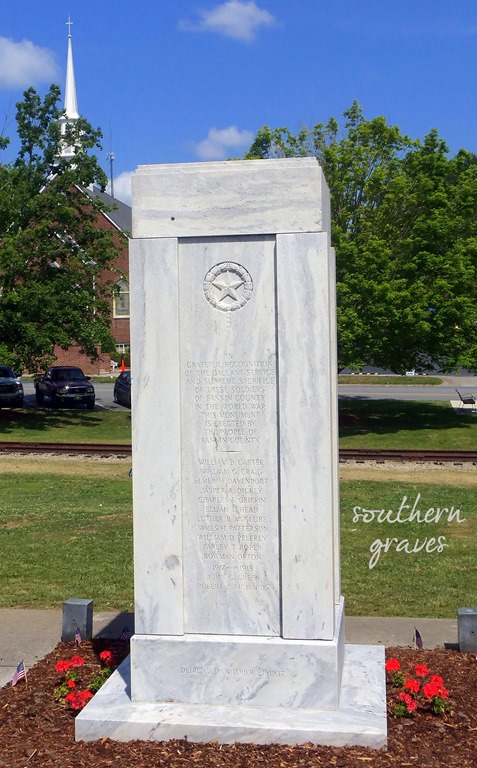 After paying my respects to those inscribed here, I turned toward Veterans Memorial Park.  The keynote address was being given when I arrived.  After the address, a three volley salute was fired, and Taps was played.  The colors were removed, then a prayer.  It was a simple ceremony.  Yet powerful enough for my eyes to water. 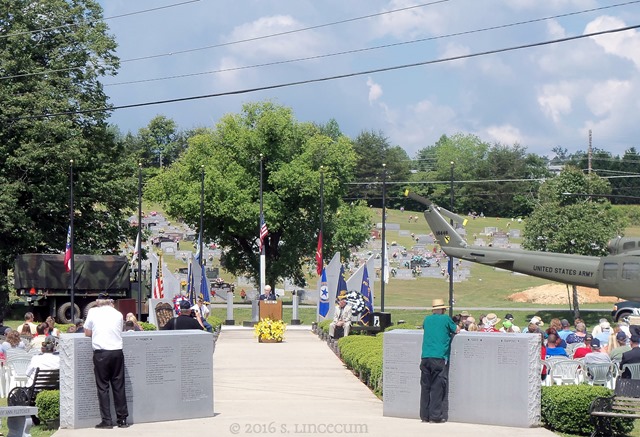 The clouds were like cotton, and the sky was a beautiful blue.  More people than I expected were there, but even more should have been there.  Of that, I am sure.
By the way, do you know the significance of the three volley salute? I am a daughter and granddaughter of military veterans, so maybe I should have known.  But I did not.  According to VeteransUnited.com, the three volley salute "comes from traditional battle ceasefires where each side would clear the dead. The firing of three volleys indicated the dead were cleared and properly cared for."
The quality is not professional, but I captured the three volley salute and a portion of Taps on video.

Did you notice the cemetery behind the park? I went there after the ceremony. More on that tomorrow. 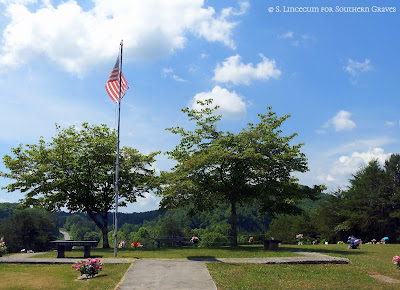