According to his death certificate at FamilySearch.org, Rondell Peevy lived 1 year, 1 month, and 4 days.  That calculation results from birth and death dates of 23 January 1929 and 27 February 1930.

This differs from the dates found on his lamb topped tombstone.  According to it, Rondall E. Peevy was born 31 January 1929, and died 28 February 1930.

This little Peevy was a son of Hubert and Nema (Roebuck) Peevy.  He died from "meningitis resulting from influenza." Rondall rests at Hopewell Church Cemetery in Gwinnett County, Georgia. From mother's arms to the arms of Jesus. 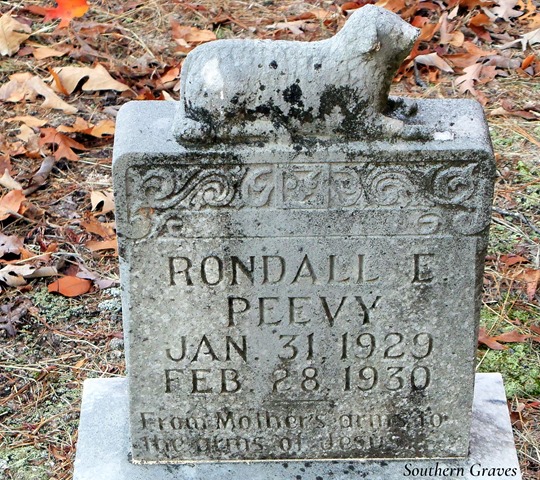