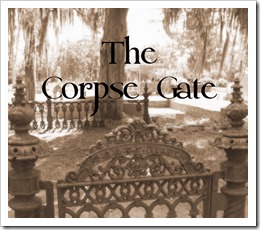 Most people 'round me call an entrance to a cemetery just that.  An entrance.  Entryway.  Gate or gateway.  Maybe archway, if that applies.  If trying to be more specific, the term lichgate might be used.  Also spelled lychgate, or even as two separate words (lych gate), the first part is an Old English word for corpse.

The humble gate, by itself, has Christian funerary typology.  Douglas Keister, in his book Stories in Stone: A Field Guide to Cemetery Symbolism and Iconography, writes:

…gates represent the passage from one realm to the next.  In scenes of the Last Judgement, gates are always central in the picture.  Often Christ is seen breaking through these dividing barriers between the damned and the righteous. 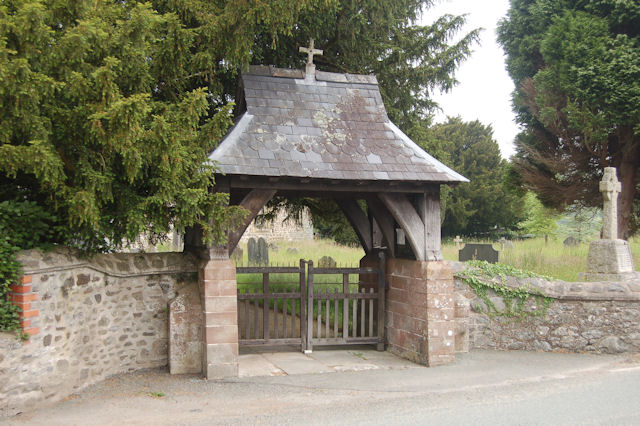 A "true" lichgate (example pictured at right) is defined as "a roofed gateway to a churchyard, formerly used during burials for sheltering a coffin until the clergyman's arrival." It also covered pall-bearers waiting on the bier.  A bier being "a movable frame on which a coffin or a corpse is placed before burial or cremation or on which it is carried to the grave." Dating back to the Middle Ages, when individuals were buried in little more than shrouds, the lichgate could also provide shelter over the bier itself before it was ready to be carried along the lych way (the path used to carry a corpse to burial).

According to Wikipedia, most lichgates were built from the 15th century forward, though some do date earlier.  The lichgate of St. George's churchyard in Beckenham, London is said to be the oldest in England, dating back to the 13th century.

Though I don't think these structures are all that common today in their "traditional" form, especially in the southern United States, marked entryways into cemeteries do still exist.  From the seemingly simple to a bit more elaborate.  Here are a few that are fairly local to me. 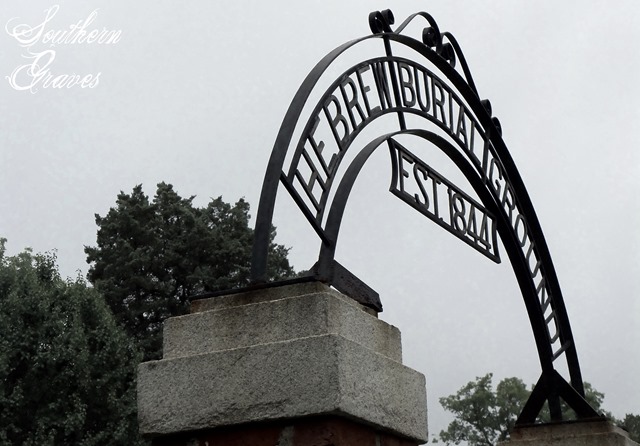 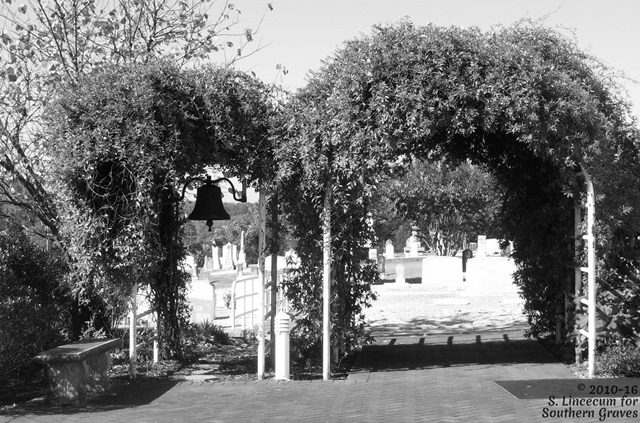 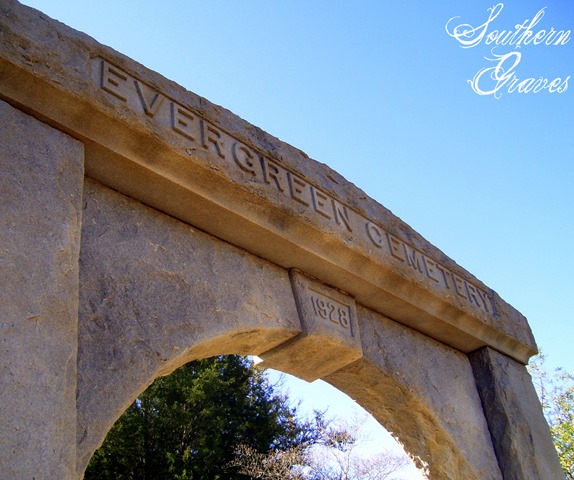 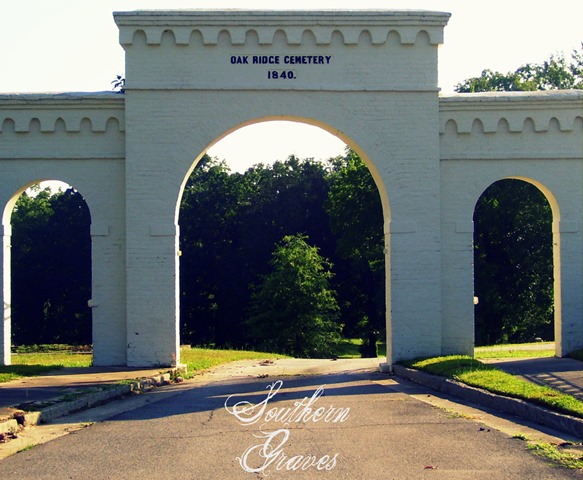 Now here is a Georgia lichgate that could possibly pass as being patterned in the old style.  Whether that was the intention or not, I don't know. 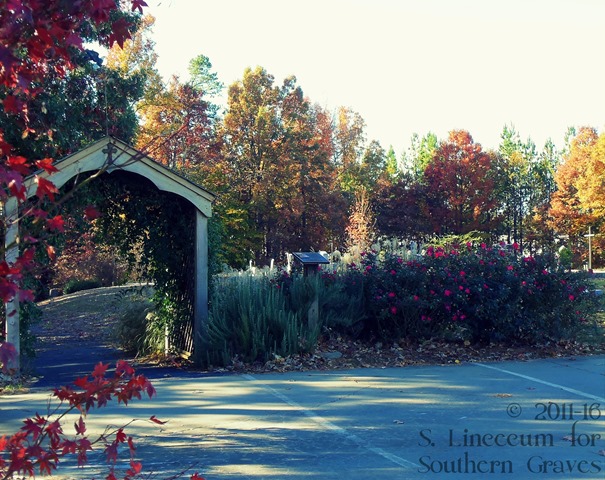 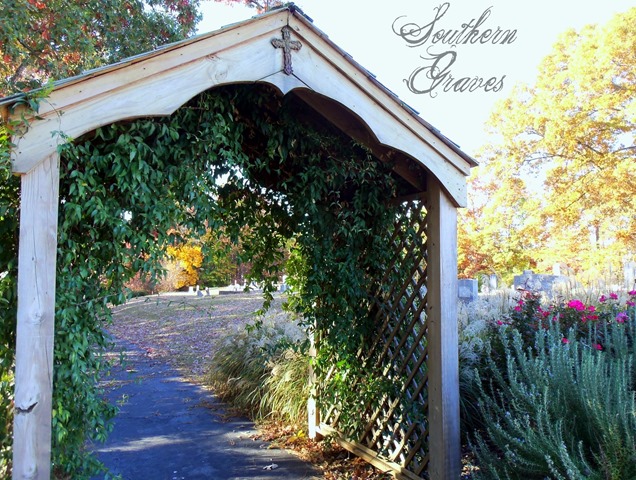 The dedication / memorial plaque near the structure calls the pathway through the gate a "prayer path." I say these could easily pass for a lichgate and lych way.

Darla M Sands said…
Fascinating! Really. I did not know any of this. That a modern one is termed a "prayer path" just makes the whole thing that much more interesting and special. Thank you for sharing.
May 20, 2016 at 7:25 PM

Crissouli said…
Thank you for a very interesting blog. There is always something new to learn.
November 12, 2016 at 5:09 PM

trinity8419 said…
I'd be interested to know in which Georgia cemetery the "prayer path" is located. That it resembles a lychgate is quite interesting, though I doubt whoever had it built was aware of that history.
April 6, 2017 at 5:07 PM

S. Lincecum said…
Those last couple of images are from Trinity United Methodist Church in Gwinnett County.
April 6, 2017 at 5:30 PM