When the Heart Stops: the Deaths of Mr. and Mrs. Ervin Crow 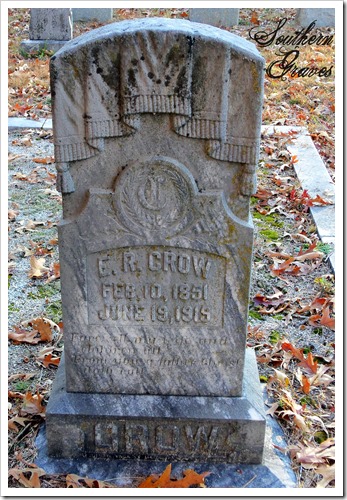 Ervin R. Crow was born 10 February 1851 in Georgia to William and Syntha (Hudgins) Crow.  For his work life, Ervin was a farmer.  He married about 1871, and went on to have ten children.  Only six were still living by the 1900 census.

Ervin died 19 June 1919 in Suwanee, Gwinnett County, Georgia.  Cause of death was Pericarditis with effusion.  Pericarditis is inflammation of the pericardium (the sac surrounding the heart).  A pericardial effusion is an abnormal amount of fluid between the heart and the pericardium.  It's worth noting a secondary factor listed on Ervin's death certificate:  nephritis (inflammation of the kidneys).

Farewell my wife and children all,
From you a father Christ doth call.

Ervin's wife lived almost ten years more after his death.  I must admit, her name is a bit confusing.  She seems to have been noted as Caroline most often, yet her tombstone proclaims her as Carlyone Parriett Crow.

According to her death certificate, Mrs. Parza Caroline Crow was born 25 January 1851 in Georgia to Roberson and Jane Young, both of North Carolina.

Mrs. Crow died at an early morning hour 14 December 1928.  Cause of death was Myocarditis.  This disease causes inflammation and damage to the heart muscle, with chronic heart failure being a long term major complication.  Since her death certificate suggests she was afflicted for 3 days, I wonder if Mrs. Crow had a heart attack resulting in this damage.

Gone to a bright home, Where grief can not come. 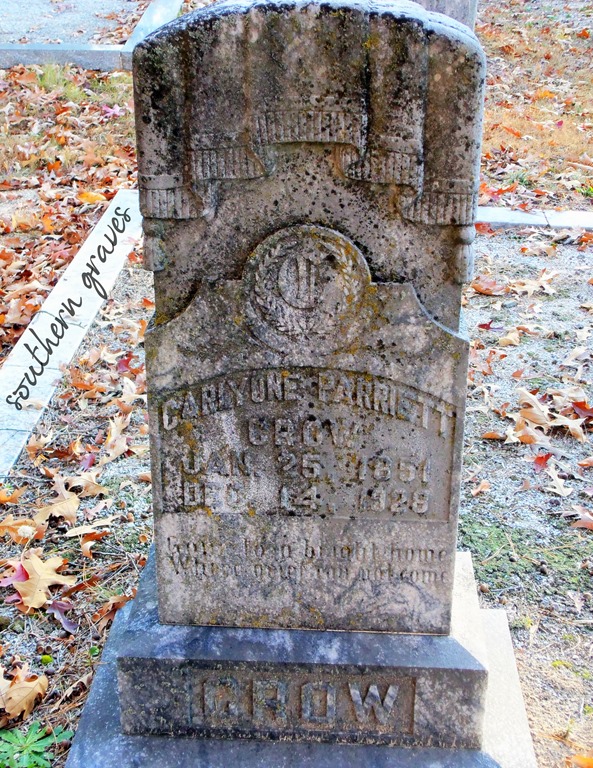