Ephram Dickey and I Have Something in Common

Keeping with the Memorial Day theme for one more day, I would like to introduce you to Private First Class Ephram L. Dickey.  He too, rests at Chastain Memorial Cemetery in Blue Ridge, Fannin County, Georgia. 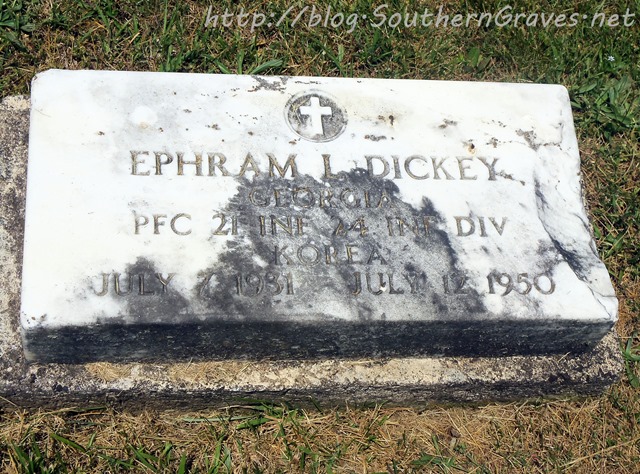 Ephram, born the summer of 1931 in Georgia, was a son of Minia C. (Leatherwood) and Paul J. Dickey.  Minia and Paul married about 1919, and Ephram was the last of five sons. 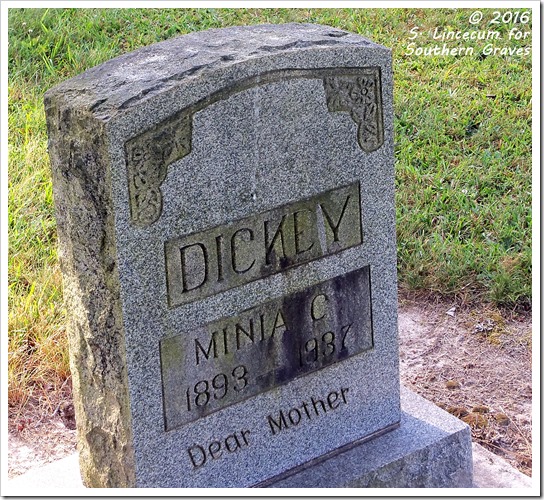 By 1940 - you can search the 1940 US Census Free here - Paul J. Dickey was widowed, and his five sons and two daughters were without a mother.  Minia had died in the spring of 1937.  Cause of death was uremic poisoning due to childbirth.

And this is where I find Ephram and I have something in common.  When I uncovered the Dickey family address, a breathe caught in my throat.  I live today on the same road Ephram, his father, and his siblings, were living in 1940.  What are the odds?

Ephram enlisted in the United States Army in the fall of his seventeenth year.  He was killed in action while fighting as a heavy weapons infantryman in South Korea five days after his nineteenth birthday.  From the WWI, WWII, and Korean War Casualty Listings at Ancestry:

"Private First Class Dickey was a member of the 21st Infantry Regiment, 24th Infantry Division.  He was Killed in Action while fighting the enemy near Chochiwon, South Korea on July 12, 1950."

According to an article at Wikipedia (linked directly above), PFC Dickey's regiment of about 2,000 soldiers was up against three North Korean units at 20,000 strong.  Though they suffered great losses, the 21st Infantry Regiment was praised for its efforts.  A U.S. Army historian called it "the most impressive performance yet of American troops in Korea."

Thank-you, PFC Ephram Dickey, for your service and sacrifice.