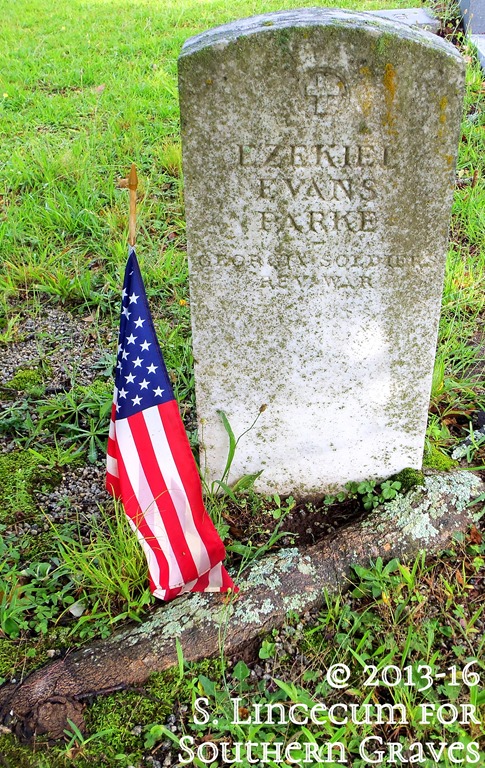 Ezekiel Evans Park, (1757-1826), a patriot of '76, lived on a plantation near Greensboro.  He was a graduate of William and Mary College and was a man of culture.  Mr. Park witnessed service in a number of engagements and was wounded at the battle of Guildford C. H., in North Carolina.  -- Lucian Lamar Knight, Georgia's Landmarks, Memorials, and Legends, 1913.

Ezekiel Evans Parke, (1757-1826), a graduate of William and Mary College, volunteered under Gen. Nathaniel Green in his campaign against Cornwallis, in North Carolina.  He was wounded at Guilford Court House.  He was born in Virginia; died in Greensboro, Ga.