Michael Kirby, Honor Guard for Tomb of the Unknown Soldier

One of the veterans I paused by at Chastain Memorial Cemetery a couple of days ago was Michael Edwin Kirby.  Though I never quite know for sure why I stop at some graves and not others, I think in this instance it was the American Flag standing and lightly draping over his granite marker.  Then I noticed the inscription:

My Beloved Son, Recruiting For The Lord 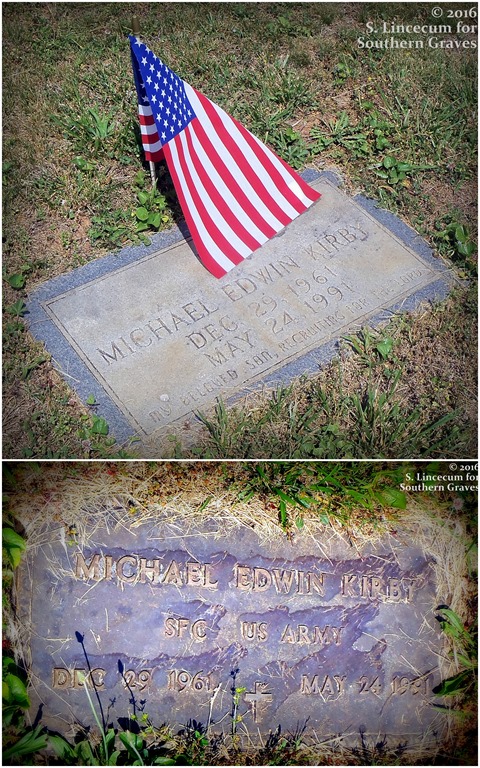 I hated to see that Michael died at the age of just thirty years.  In an effort to find out why he died so young, I checked to see if he had a FindAGrave memorial.  He does.  And the first thing I read was Michael Edwin Kirby was a member of "Society of the Honor Guard, Tomb of the Unknown Soldier."

Frankly, I was a bit blown away.  I've had the privilege, the honor, to visit the awe inspiring space that is Arlington Cemetery.  And I was blessed to witness the duty fulfilled by the guards at the Tomb of the Unknown Soldier.  Please don't ever miss a chance to visit and witness, if you are so fortunate to get such an opportunity.

Through Google, I found a website dedicated to those who are members of this elite society.  TombGuard.org details the stories of each of the unknowns at the tomb, as well as the selection, training, and lifestyle of the tomb guards.  It is very enlightening.  I love the sentiment portrayed on the home page:

I am humbled to know I was standing at the grave of a dutiful man.  Thank-you for your service, Sgt. Kirby.

And, by the way, can you guess what caused Michael's untimely death? According to his FindAGrave memorial, the answer is a drunk driver.