William David Jinks, after his death in 1909, was laid to rest beside his first wife, Sarah Langley, at Trinity Church Cemetery in Gwinnett County, Georgia.  William, the son of David and Mary Jinks of North Carolina, was 79 years old at the time of his death. 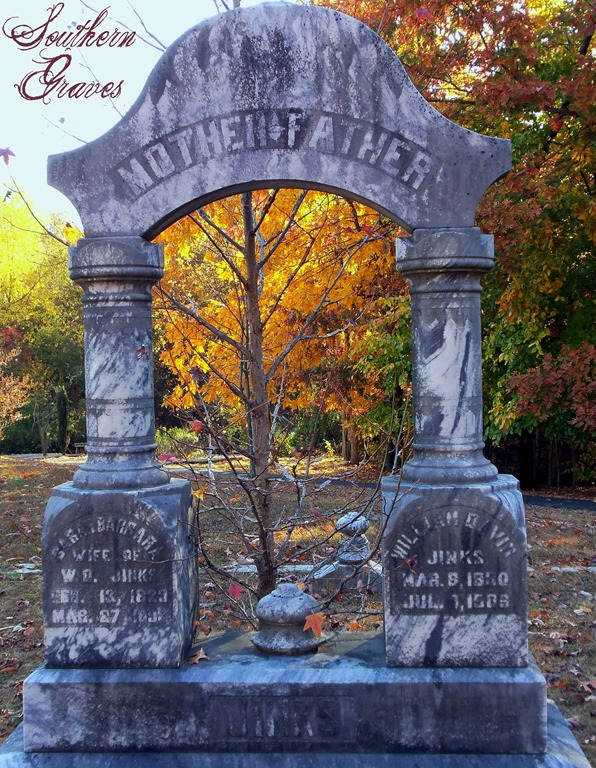 When visiting the Jinks' FindAGrave memorials, I read a note stating the name on the stone placed for this (first wife) Sarah might be incorrect, because Sarah Barbara was the name of William's second wife. William's first wife passed away 27 March 1898.  One year and nine months later, on 2 November 1899, William married Sarah B. Parks.  This is reflected in the 1900 census, when the "number of years married" question was answered with a zero.  It also should be noted that Ms. Parks was 43 years younger than William David.  So the dates on the tombstone pictured above (1829-1898) cannot be confused with those belonging to the second Sarah.