Filling in Some Blanks for John W. Brogdon

John W. Brogdon and his wife Corrie rest in Level Creek Cemetery at Suwanee, Gwinnett County, Georgia.  Though it appears Corrie O. Brogdon led a full life, at least in number of years – 93, it was not so for John.  He died at the young age of 49. 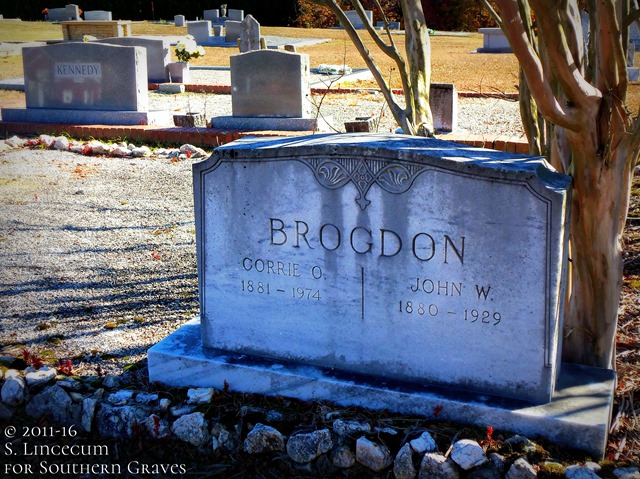 According to his death certificate, J. W. Brogdon died in the late afternoon of Friday, 13 September 1929 at the Georgia State Sanitarium at Milledgeville, Baldwin County.  Cause of death was pulmonary tuberculosis. 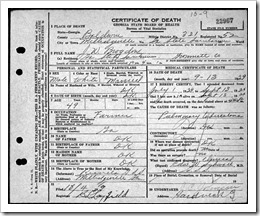 But the vital death record viewable at FamilySearch is full of DKs.  DK generally stands for Don't Know.  The "informant" for this certificate appears to be Records G. S. S.  One would think those records would include a fuller name, birthdate, and contact information for the nearest relative (at least), but I suppose not in this instance.

The tombstone provided us with a first name for each of Mr. and Mrs. Brogdon, as well as a burial location.  Let's look to the 1900 Gwinnett County, Georgia US Federal census for more:

John W., born June 1880, was one of at least twelve children born to Shadrach G. and Susan A. Brogdon.  And the record claims both of John's parents were born in Georgia.

Though more research would need to be done to make sure this information is consistent with other records for Mr. John Brogdon, I'm glad we were able to (begin to) fill in some of those blanks.