Less than three weeks before his 1oth wedding anniversary, Noah Richard Brogdon enlisted in the Confederate States Army at Gwinnett County.  He was commissioned an officer and given the rank of 2nd Lieutenant in Company A, 42nd Georgia Infantry Regiment upon enlistment, 4 March 1862.  Three months and twenty-three days later, Noah was dead.  His Civil War Profile at Ancestry confirms he did not survive the war, and further states Noah was mustered out of service 25 June 1862 at Cumberland Gap, Tennessee.  A note on his FindAGrave memorial says he died of the mumps. 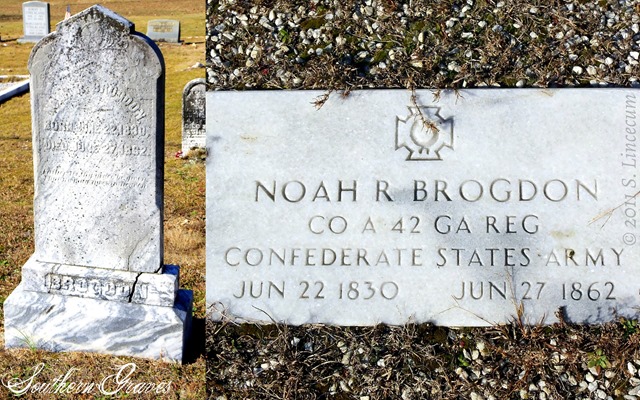 Father ! let thy grace be given, That we may meet in heaven.

Noah rests at Level Creek Cemetery in Suwanee, Gwinnett County, Georgia.  Harriet, who married a Mr. Pool after Noah's death, rests beside him. 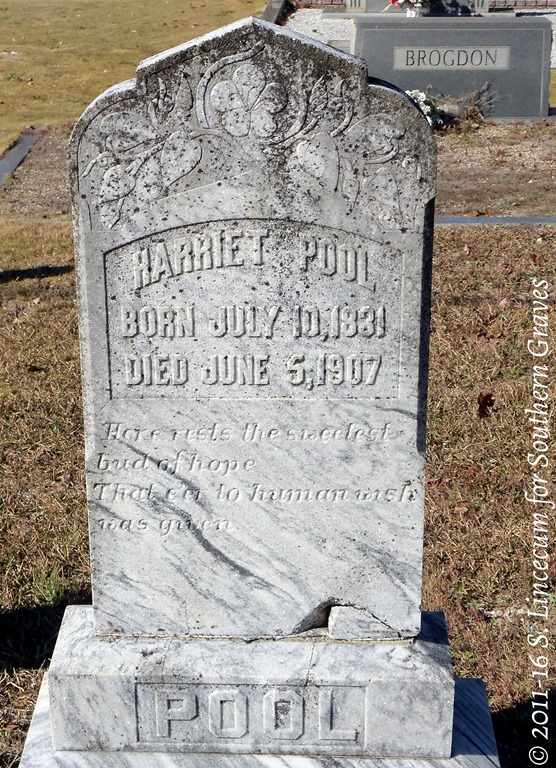 Here rests the sweetest bud of hope
That e'er to human wish was given.

Unknown said…
This is my 5 the great grandfather. From william albert brogdon