Julia (Colvin) Sowell was born 10 December 1867.  She died 12 September 1899 in Locust Grove, Henry County, Georgia due to typhoid fever.  She was the wife of M. Perry Sowell and left behind "several" children.  Julia's obituary states she was laid to rest "in Indian Creek cemetery," but I know the location as Locust Grove City Cemetery. 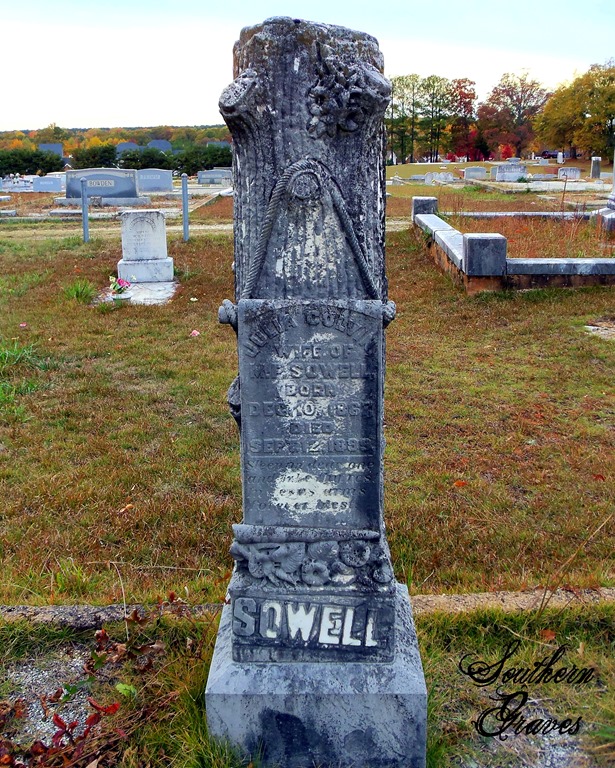 Sleep on, dear one, and take thy rest.
In Jesus' arms, forever blest.

Five years later, Julia's husband succumbed to "lung trouble." M. Perry Sowell was born 1 September 1862.  Not long before his death on 16 November 1904, Perry had remarried to Miss Jewell Dickson.  Per his obituary, "Perry Sowell was a true, good man…" 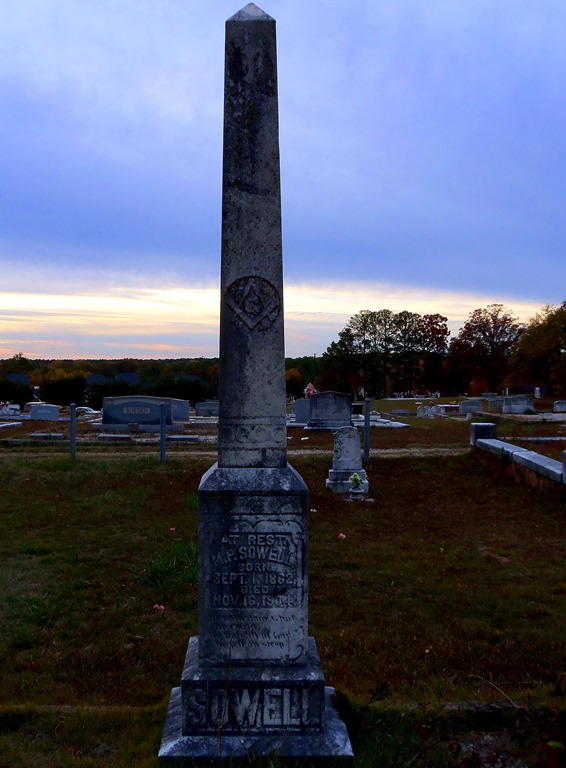 He hath done what he could.
By the will of God, he fell on sleep.

Darla M Sands said…
The main cemetery in my old hometown has a headstone in the shape of a tree trunk. Love that! Nice photographs if sad stories.
August 26, 2016 at 2:05 PM