"Egyptian, is perhaps the most funerary of all architecture," writes Douglas Keister in Forever Dixie: A Field Guide to Southern Cemeteries & Their Residents.  This, of course, makes perfect sense.  The very definition of an Egyptian pyramid, at it's core, is a tomb.  History.com's article about the Egyptian Pyramids says this:

The pyramid's smooth, angled sides symbolized the rays of the sun and were designed to help the king's soul ascend to heaven and join the gods, particularly the sun god Ra. 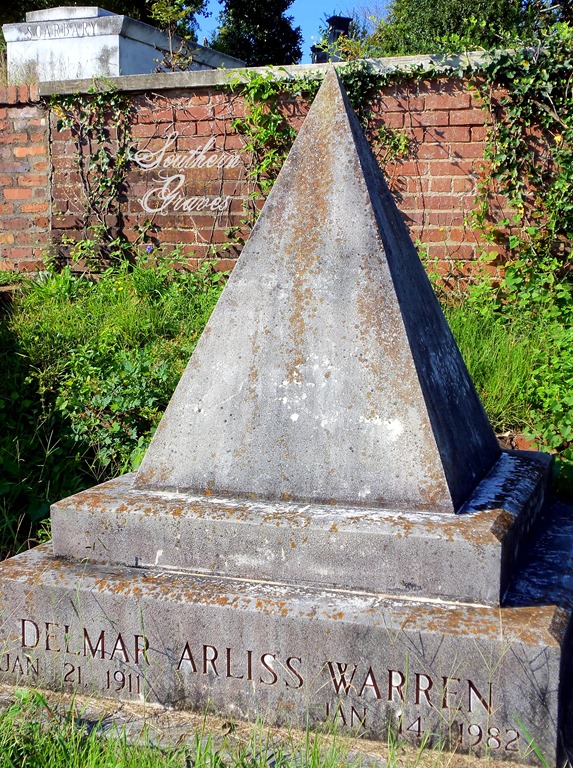 Frankly, the simple display looks out of place amid the crosses, angels, flora, and fauna carved in stone around it and throughout the cemetery.  So why was this particular tombstone placed for Delmar Arliss Warren (1911-1982)? A line from his obituary (16 January 1982, Augusta Chronicle) could hold the answer:

Mr. Warren attended schools in Macon and was a graduate of Georgia Tech.  He served in the U.S. Navy in World War II, was a member of the American Institute of Architects and was a Methodist.