Elisha Millican Canup Ate Too Much Corn? (Cause of Death Defined)

Elisha Millican Canup, born 1865, was a son of Jackson Canup, and a husband to Cleo Burton.  He died in 1930 at Rabun County, Georgia (possibly in Mountain City). 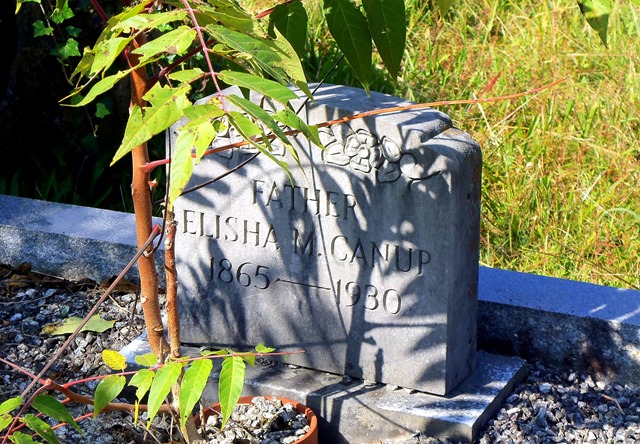 While viewing his death certificate, I came across an unfamiliar term.  What caused Elisha's death was a disease called Pellagra.  It is defined as "a deficiency disease caused by a lack of nicotinic acid or its precursor tryptophan in the diet. It is characterized by dermatitis, diarrhea, and mental disturbance, and is often linked to overdependence on corn as a staple food."

An article at Wikipedia also notes this:

…Soon pellagra began to occur in epidemic proportions in states south of the Potomac and Ohio rivers. The pellagra epidemic lasted for nearly four decades beginning in 1906.  It was estimated that there were 3 million cases and 100,000 deaths due to pellagra during the epidemic.

I thought the "in states south of the Potomac and Ohio rivers" bit interesting.  Appalachia Georgia certainly fits in that category.

Elisha Canup was laid to rest in the graveyard of Clayton Baptist Church, at Rabun County, Georgia.