Homemade headstones often elicit a bittersweet emotion from me.  But if stones could exude love, these two would surely be examples of just that. 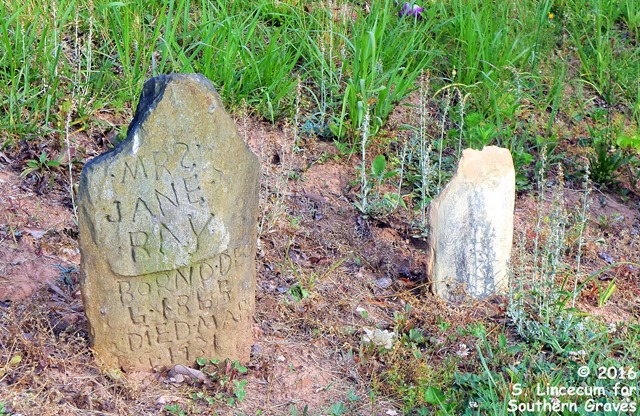 Mrs. Eliza Jane Ray was a daughter, born 1865, of G. W. and Winnie (Davis) Wright.  She was also the wife of Robert "Bob" J. Ray.  Jane died in March of 1931 after battling tuberculosis of the lungs for fifteen years.  The name listed as undertaker on her death certificate was George Ray, who possibly was a son. 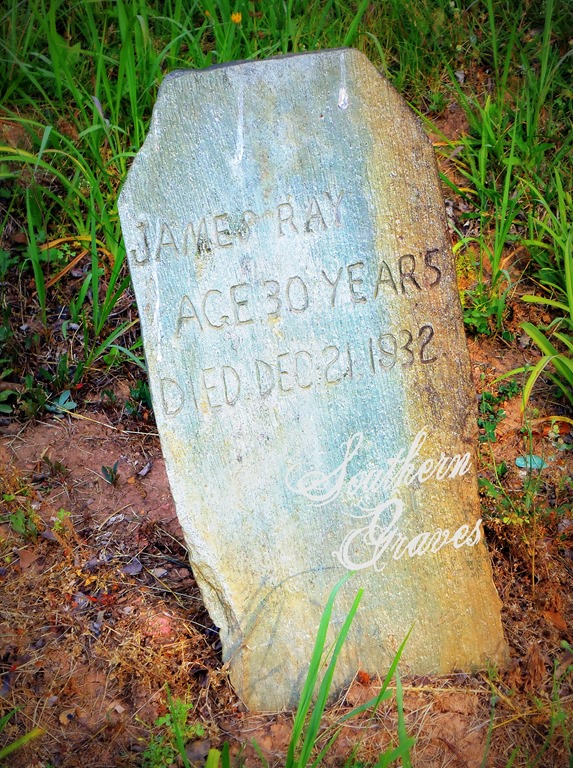 According to census records, James Robert Ray was a son of Bob and Jane.  His death, which came just 4 days before Christmas in 1932, was due to pneumonia.

Both Jane and her son James died in Fannin County, Georgia.  They were laid to rest in the graveyard of Harmony Baptist Church at Blue Ridge, where more than 80 years later, we can still see the homemade headstones lovingly placed for each of them.