Thomas Green Had No Record of His Age 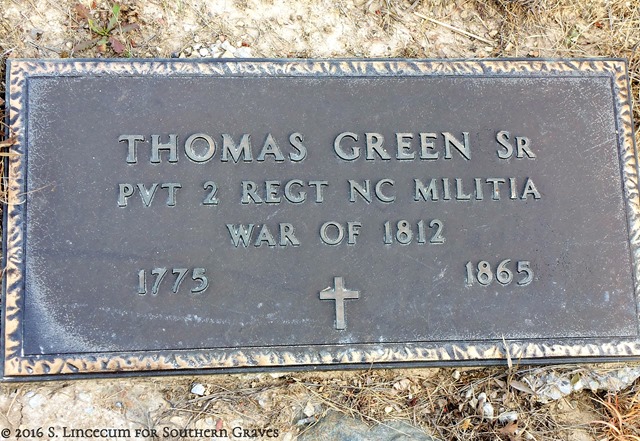 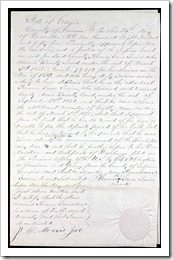 In the War of 1812 Pension and Bounty Land Warrant Application Files database at Fold3, I found an interesting account regarding the time of Mr. Green's birth.  The document included in Pvt. Green's file was a letter from a Justice of the Inferior Court of Fannin County, Georgia.  It was dated 24 December 1855, and reads, in part:

[Thomas Green Senior] "who claims Bounty Land under the act of March 3rd, 1855, Number 79651, for his services in the War of 1812, and who being duly sworn according to law declares that he is the identical Thomas Green Senior, who claimed and received Eighty Acres Bounty land, under the act of September 28th, 1850, and that he now claims the additional number of Eighty Acres, under the act of March 3rd, 1855, and that deponent from the fact that he has no record of his age is unable to fix the definite period of his birth but, that he was informed by his parents that he was Born about or shortly after the commencement of the Revolutionary War…"

So, there you have it.  Straight from the horse's mouth and the justice's pen.  Thomas Green, Sr. was born about April 1775.