Nancy Finds Her God, and Sits and Sings 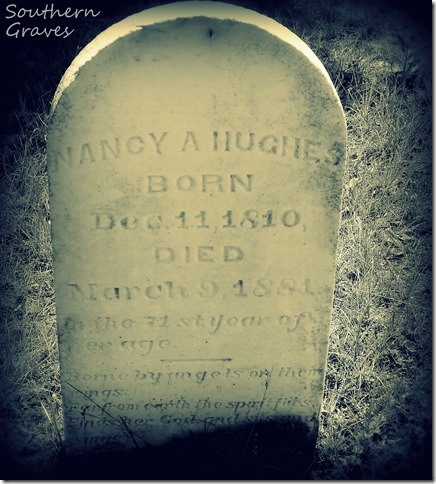 Borne by angels on their wings;
Far from earth the spirit flies;
Finds her God, and sits and sings;
Triumphing in paradise.

According to Our Hymns and Their Authors (Tillett, 1892), the last several lines of Nancy's epitaph are from "A Funeral Hymn." The words, originally written in the masculine, were by Charles Wesley about 1742.

Using census records only, it appears Nancy and Thomas had about 13 children, one of which is buried along side them at Old Blairsville Cemetery.