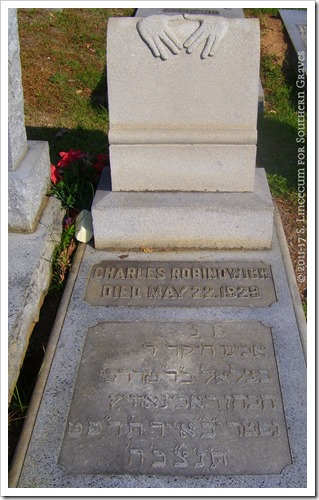 To put it simply (and this may even be an oversimplification) a set of hands carved and placed over a tombstone in a Jewish cemetery are called Kohen (or Kohain, or Kohanim) hands, and represent a priestly blessing.

The staff at MyJewishLearning.com explain that a kohen "is a descendant of the sons of Aaron who served as priests in the Temple in Jerusalem."

According to the Torah, Jacob had twelve sons. Each son was the founder of one of the twelve tribes of Israel. Each tribe had a separate territory, with the exception of the tribe of Levi.

During the Exodus, when the Israelites made the Golden Calf, only the Levites refused to worship it. As a result, they were appointed servants to G‑d. Of the members of this tribe, those who were descended from Aaron, brother of Moses, became the kohanim. Aaron was the first kohen, and also the first high priest.

The priestly blessing is a ceremonial prayer recited by the kohanim, wherein their hands are formed in the fashion seen in the image at right.  Words of the prayer are found in the Biblical text of Numbers 6:23-27, and read as follows: 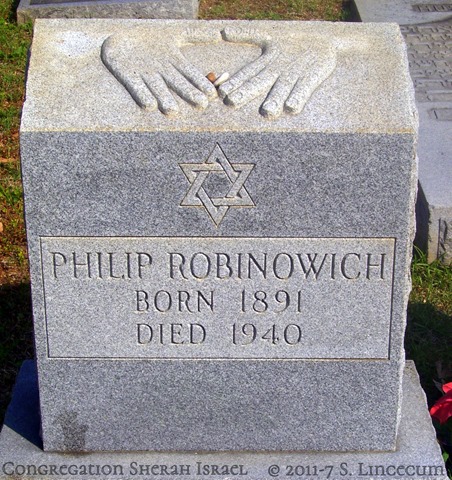 The Hebrew letters Peh Nun (פנ) – as seen under the Star of David in the image immediately below – are often found at the beginning of any engraved script on a tombstone in a Jewish cemetery.  These letters are an acronym for the phrase Po Nikbar or Po Nitman, and translates to "Here Lies." 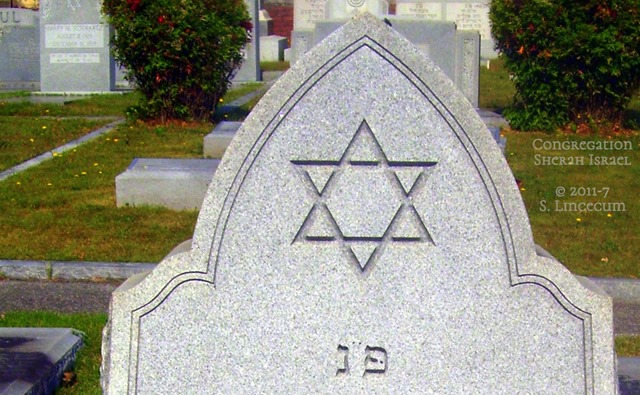 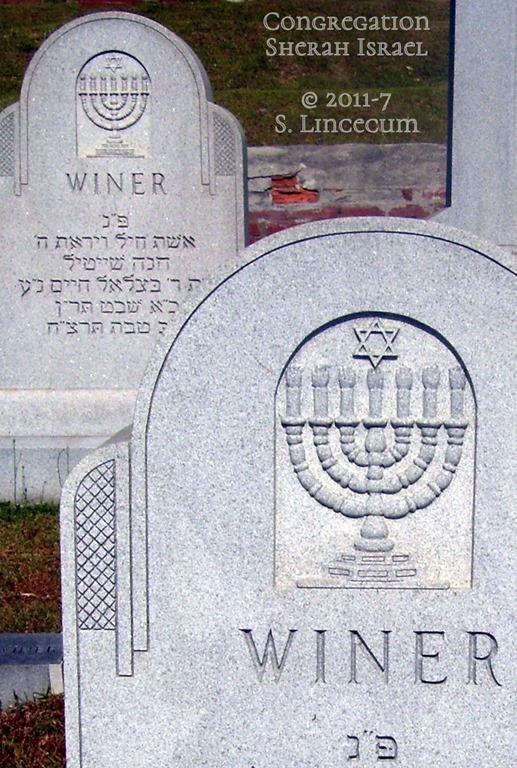 PJ said…
Really interesting post Stephanie, and I know I've got photos of graves with those symbols on them. Thanks for helping us understand the meaning behind them.
November 19, 2017 at 1:28 PM