In March 2010, almost nine years ago, we went camping at Hamburg State Park near Warthen in Washington County, Georgia. It's a beautiful little place on Hamburg Lake, which is fed by the Little Ogeechee River. On our last morning there, I tried to get up with the sun and have my own amateur photo shoot. Here's an image I like from that early rise. 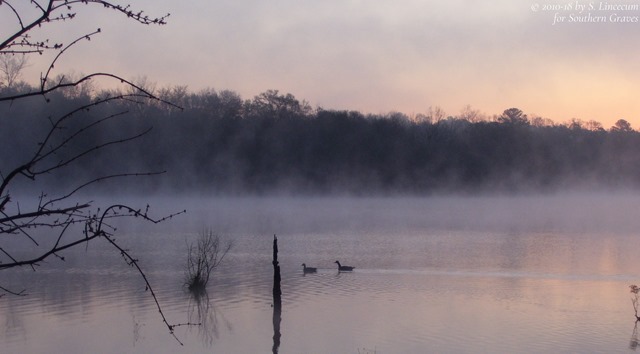 After we left the park, we stopped by the Bethlehem Baptist Church Graveyard for a look-see. I have family from the Washington County area, so am always on the lookout for kin in the local cemeteries. I distinctly remember being rushed on that morning since my companion – having just dismantled the campsite and loaded the car – wasn't in the mood for one of my cemetery jaunts. (God bless him, he's been on several.) I was able to hurriedly snap a few photos, though. 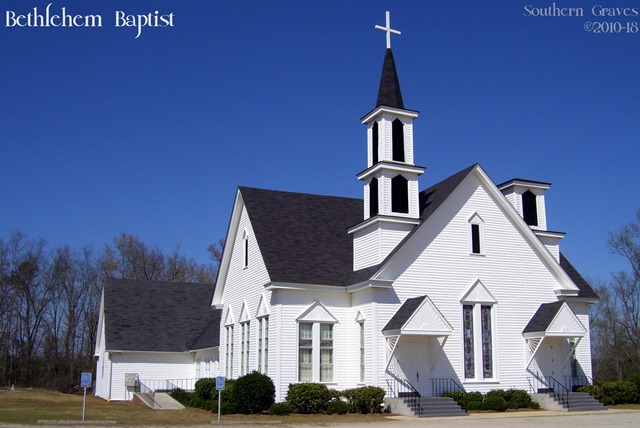 According to ExploreGeorgia.org, "Bethlehem Baptist Church (circa 1790) is the oldest baptist church, perhaps the oldest existing church of any denomination, in the county. Constituted Oct. 3, 1790. First located on Keg Creek, it was called "Church of Christ on Cag Creek." The meeting house moved later to a site at Williamson's Swamp Place and called Williamson Swap Meeting House. Relocating to Warthen in 1795 with the uniting of Paley Church and Cag Creek Church members, the church was named Bethlehem. The church was a wooden structure, which burned and was rebuilt on the present site in 1890…"


One of the plots I chose to digitally capture was of the Lozier family. Surrounded by a fence, with the family name on the gate, there stands a pedestal gravestone topped with a draped urn. 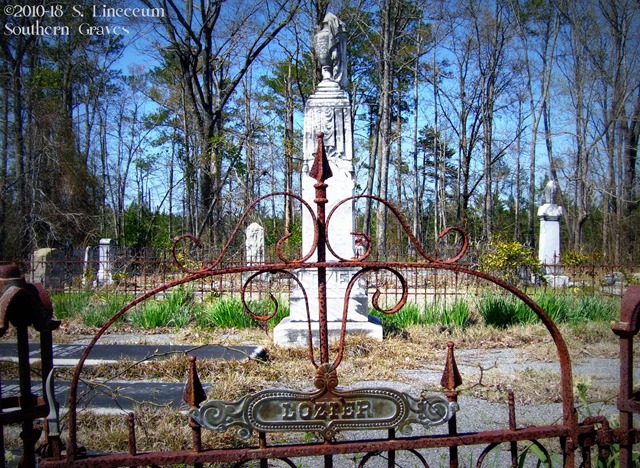 William Spier Lozier was born 20 July 1847 in New Jersey to Isaac Lozier and his Scotland-born wife Mary. By 1850, Isaac and family – including three-year-old William – were residing in Athens, Clarke County, Georgia.

Mr. W. S. Lozier, one of the best known and highly esteemed citizens of Washington county, died at his home at Warthen last last [sic] Thursday night after a lingering illness of sometime with fever. He was about sixty years of age and up to the time of his recent illness carried his age with an air of a much younger man, possessing a hale and hearty disposition with a cheerful word and a smile for every one.

Mr. Lozier had been a citizen of this county for thirty or forty years and was always identified with the best interests and welfare of our people, and will long be remembered as a most public-spirited gentleman holding the confidence and friendship of all. In his private life he was a most successful man, a loving and devoted husband and father and a man of upright and sincere mien.

He leaves a wife, three sons and two daughters besides a host of friends to mourn his sad death. One of his sons, Mr. I. S. Lozier, is superintendent of the electric light plant at this place.

His remains were laid to rest at the cemetery at Warthen last Friday afternoon, the funeral services being conducted by Rev. A. Chamlee of this city, in the presence of a large concourse of friends and loved ones.

The Herald extends sympathy to the bereaved family. 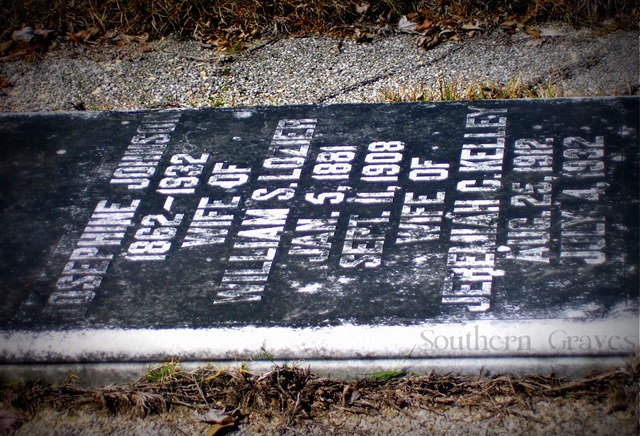 Joshua Condon "Josh" Lozier was born 12 December 1886 in Washington County. On 6 May 1923, he married Berta Hattaway – and was a widower by the taking of the 1940 census. Josh died just after midnight on 26 June 1942 at a hospital in Sandersville, Washington County, Georgia. 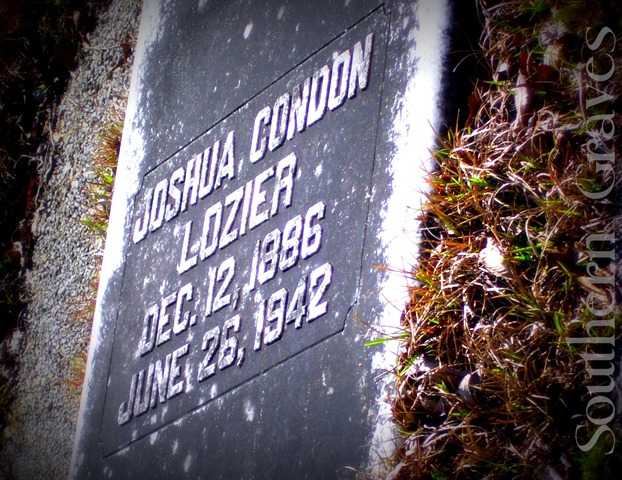