From Redfiern & Redfearn to Redfern

I did a bit of a double-take while photographing a few tombstones at the Bethlehem Baptist Church graveyard in Warthen, Washington County, Georgia. I've only seen the "usual" spelling of REDFERN. Was this a mistake? 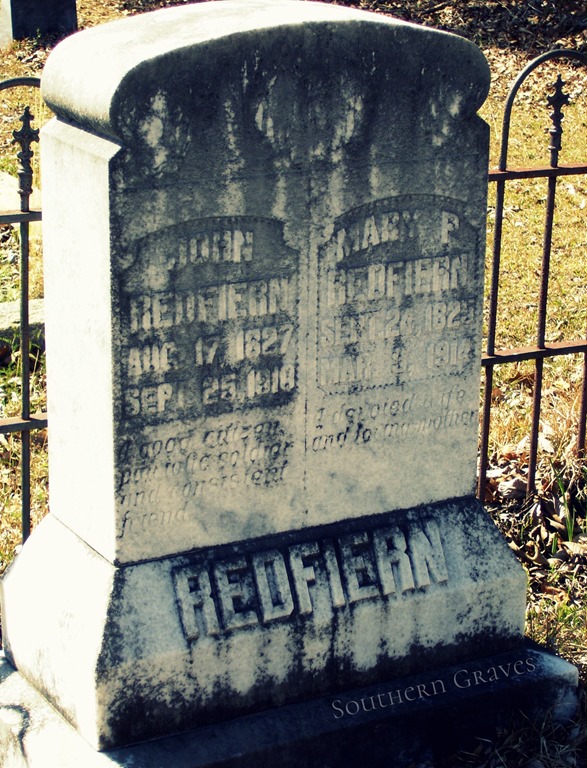 John Redfiern was born 17 August 1827, likely in North Carolina, to Branson and Emeline "Milly" Redfearn. John married Mary P. Baker before 1860, and the couple had at least three children:

I found John and family in census records for 1860, 1870, 1880, and 1910. In three of the four takings, the surname was spelled Redfear/n. This might be a testament to how the family pronounced their name. 1910 was the only instance of the four where the spelling was Redfern.

John died after the taking of the 1910 census, in the month of September. His tombstone noted him to be "A good citizen, patriotic soldier and consistent friend." (John served with the 59th Georgia Infantry in 1862.) Mary died about four years later. 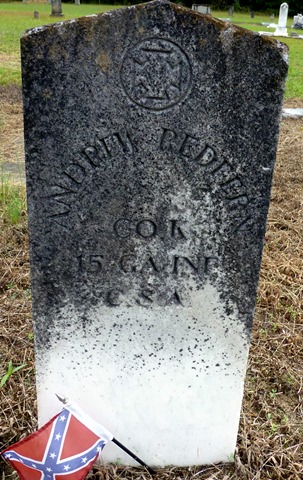 It's not clear if all of John's siblings maintained the Redfiern/Redfearn spelling, however. His brother, William Andrew, was buried – in Mineral Springs Cemetery at Warthen – beneath a military tombstone bearing the surname Redfern.